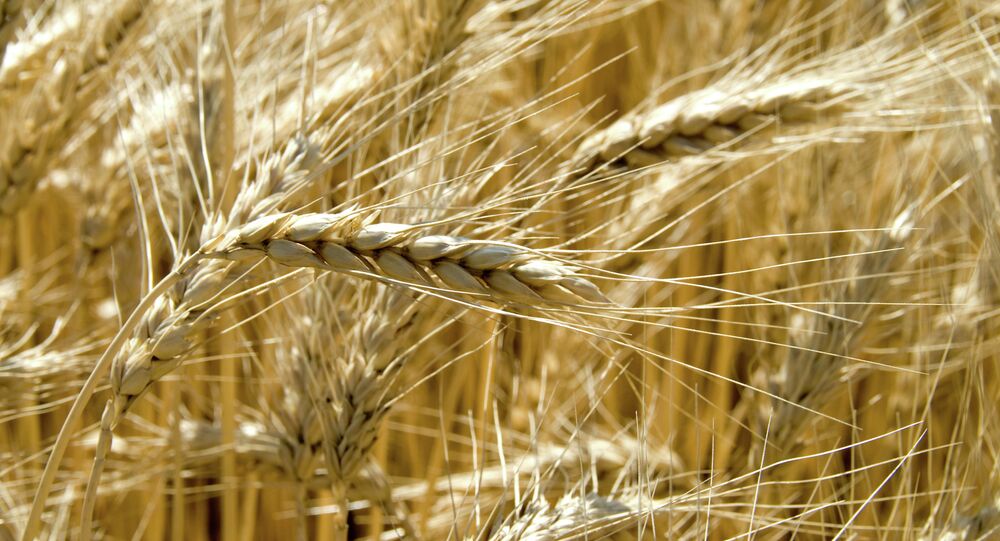 © Sputnik / Artem Kreminsky
Russia Cancels Export Duty on Wheat Until July 2018
MOSCOW (Sputnik) — Russia is expected to export some 34-35 million metric tons of grain this season between July 1, 2016 and June 30, 2017, including 27 million of metric tons of wheat, which would set a historic record, Deputy Agriculture Minister Jambulat Khatuov said Friday.

In 2016, Russia had a record post-Soviet harvest, coming to 120.7 million metric tons of grain, including 73.3 metric tons of wheat, and export predictions were correspondingly ambitious. However, recent problems with Turkish grain trade restrictions forced the Russian Ministry of Agriculture to adjust its estimates. In April, Khatuov had to tone down expectations, saying exports were expected to be the same as in the previous season.