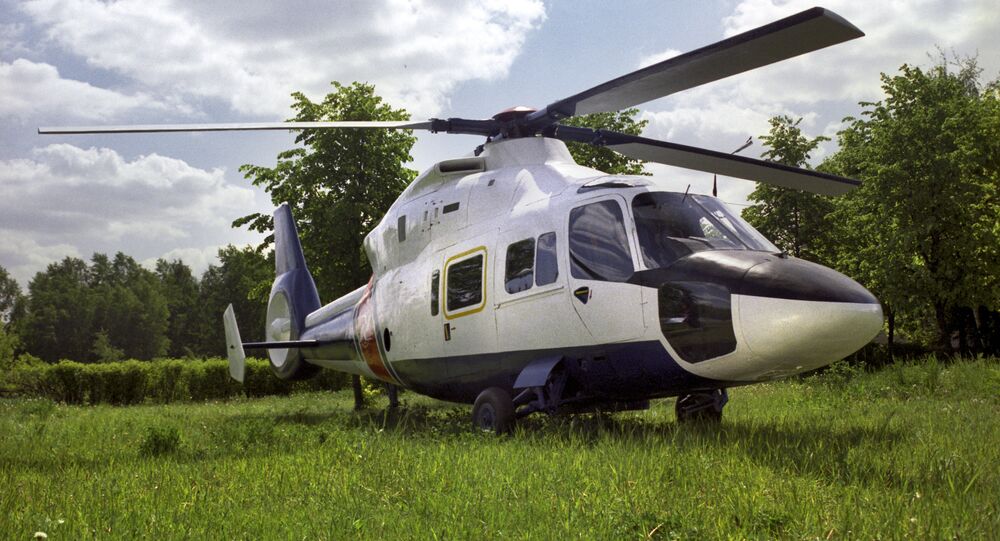 Flight tests of the new Ka-62 multirole helicopter will be conducted in 2017, director of the Russian Industry and Trade Ministry's aviation industry department Sergey Yemelyanov told reporters on Tuesday.

"Last year, the helicopter was hovered, this year there are plans to conduct a full-fledged flight and continue the tests," Yemelyanov said.

© CC BY-SA 4.0 / Vitaly V. Kuzmin / Ka-62
Power Up: French Company Bypasses Sanctions, Delivers Engine for Russia's Newest Helicopter
The development of the Ka-62 began in 1992. It was designed as a civilian model of a multipurpose military transport helicopter Ka-60.

The Ka-62 is designed for cargo transportation, medevac and search and rescue operations, and can also be used in the oil and gas sector and for corporate purposes.

The Ka-62 is built to a single-rotor design with a multi-blade anti-torque rotor ducted into the vertical tail fin. It has a five-bladed main rotor, enclosed tail rotor, secondary hydraulics circuit, heavy-duty wheeled landing gear, strengthened fuselage and mounting attachments for major components, as well as shock-absorbent seats for passengers and crew.

Home of Russian Alligators: The Place Where Ka-52 Attack Helicopters Are Built