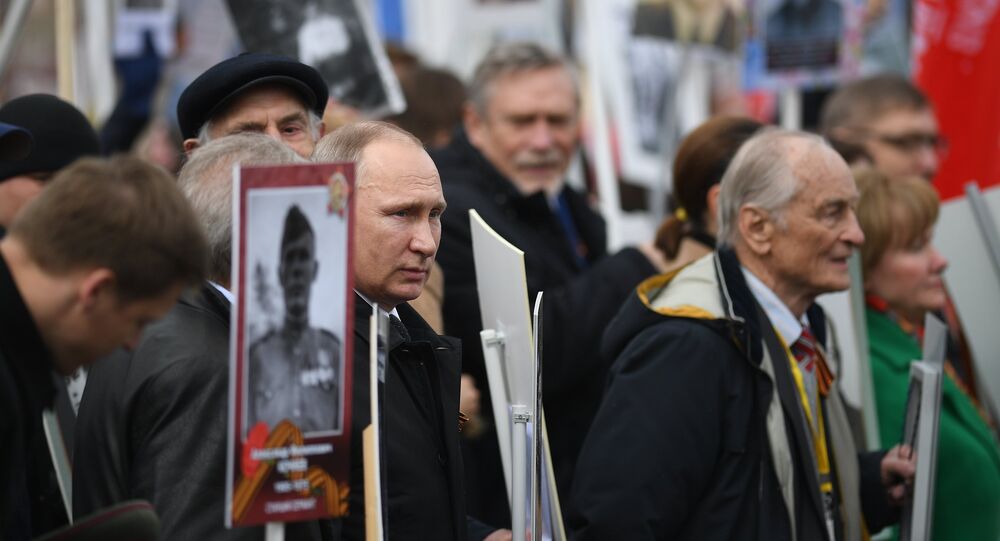 The "Immortal Regiment" march has kicked off in Moscow on Tuesday, May 9, to mark the 72nd anniversary of the capitulation of Nazi Germany to the Soviet Union in the 1941–1945 Great Patriotic War.