According to reports, Russia's Federal Security Service detained an alleged supporter of the Daesh terrorist organization, outlawed in Russia, in the country's far eastern Magadan region. 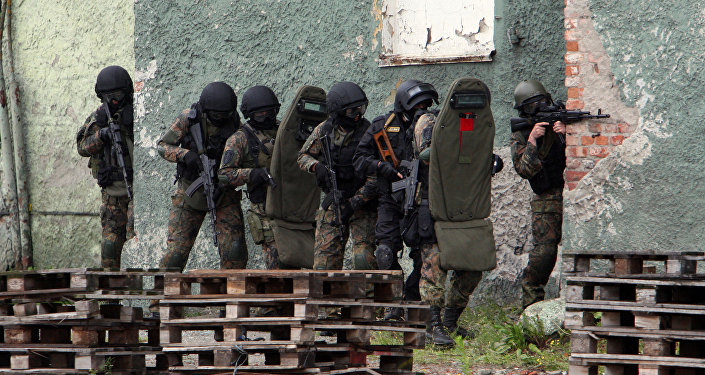 "During a search operation conducted by the officers of Russia's FSB office in the Magadan Region a local resident, a follower of the Daesh international terrorist organization banned in Russia, was detained," the press release read.

The law enforcement authorities opened a criminal case under article "Public justification of terrorism." The investigation is underway.

Daesh is a radical fundamentalist group that seized large areas in Iraq and Syria in 2014. Daesh militants established a caliphate on their occupied territories, committing multiple brutal atrocities, such as mass executions and beheadings. The terrorist group is known to recruit youth and children fighters, forcing them to take part in training and to execute prisoners.

In mid-September 2016, the Russian Federal Security Service said that some 2,400 Russian citizens were involved in activities connected to Daesh extremists, including fighting alongside the group.