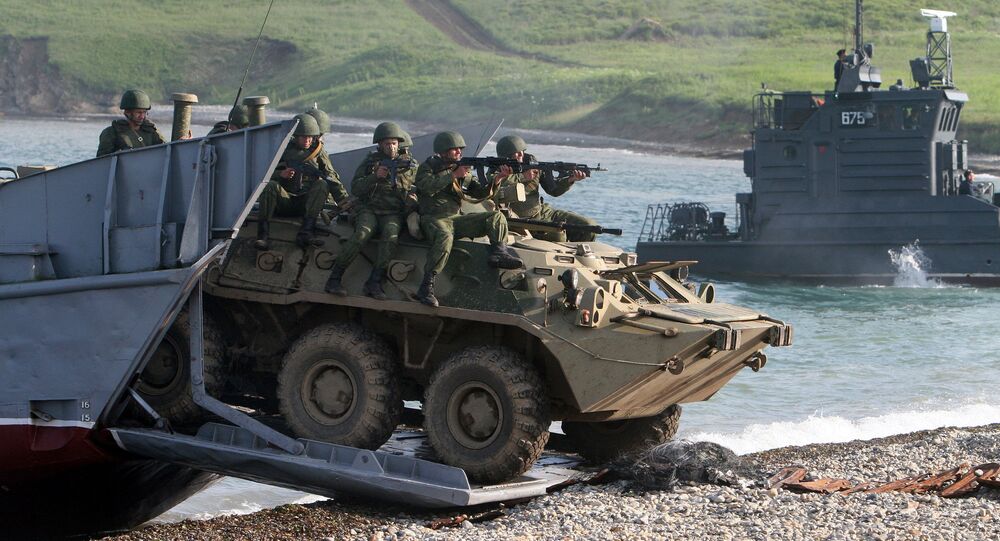 According to a Russian senior lawmaker, the movement of military hardware in Russia's Far East is part of an approved plan of drills.

© Sputnik / Vladimir Baranov
800,000 People Involved in Large-Scale Russian Emergencies Ministry Drills
MOSCOW (Sputnik) — The movement of military hardware in Russia's Far East is part of an approved plan of exercises for the combat training of Russia's Armed Forces, media claims that it happens due to the situation on the Korean Peninsula are speculations, First Deputy Chairman of the Federation Council Committee on Defense and Security Frants Klintsevich told Sputnik.

The Daily Mail reported Thursday that Russian President Vladimir Putin is allegedly "sending troops and equipment to Russia's border with North Korea" over fears that the United States is "preparing to attack" North Korean leader Kim Jong-un. The UK newspaper claimed Putin is afraid there will be a huge outflow of North Korean refugees should the US decide to launch military action against Pyongyang.

"There is an approved plan of drills within the framework of an approved plan for combat training of the Armed Forces, the movement of military hardware across the country takes place constantly, but these are planned movements, in connection with the exercises," Klintsevich said.

Russian Inspectors to Assess Military Facility in Greece on Wednesday