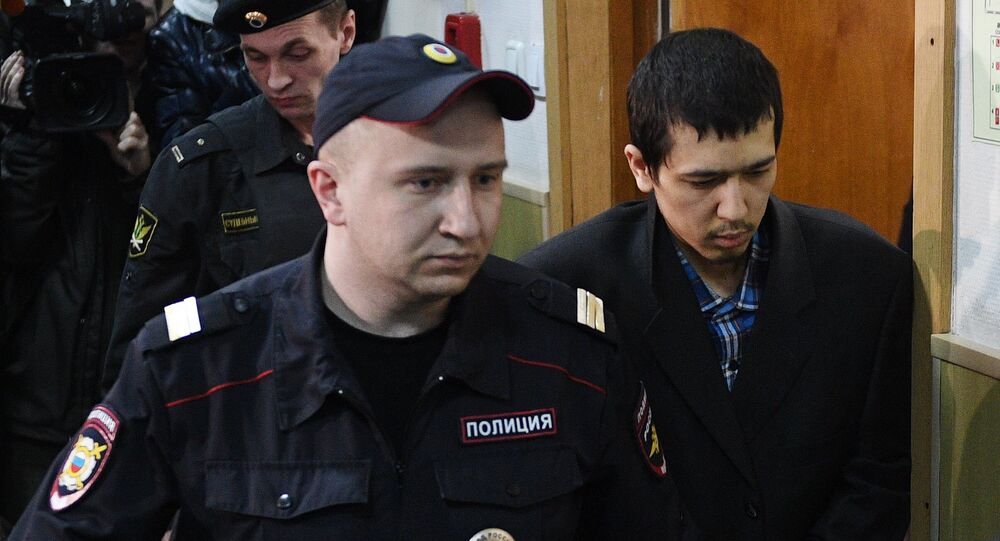 "He admits his guilt," Zadoyan announced without sharing any details.

It is expected that the court will hold a hearing on Azimov's arrest shortly.

Russian security operatives detained Azimov near Moscow on Monday. During the operation, the officers confiscated a combat pistol.

© AFP 2020 / STR
Total of 39 People Remain at Hospitals After St. Petersburg Metro Blast
Azimov Abror Akhralovich, born in 1990, is a native of the Central Asian region. The FSB said that he trained the St. Pete metro suicide attacker, Akbarzhon Jalilov.

Update: Azimov has refused to admit his guilt in court during the hearing.

"I don't object to an arrest, but what the prosecutor said about me admitting guilt is not true," Azimov said. "I was involved, but not directly. I was given a command. I didn't realize that I was involved in [a] terror [attack]," Azimov explained.

The prosecution has not yet identified all suspects involved in the case, and the search for the accomplices is still ongoing. It remains unclear who gave Azimov the alleged command and what this command could have been.