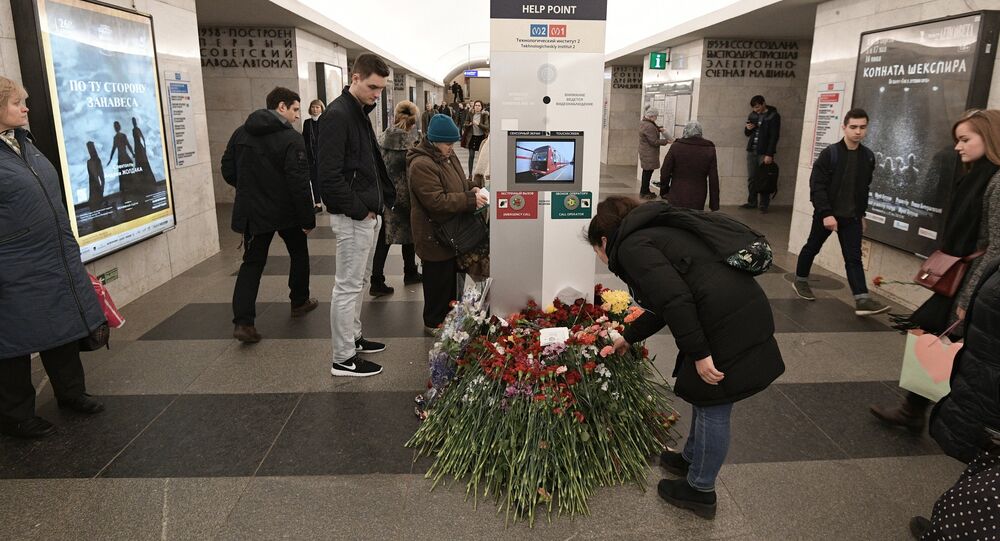 More than half of Russian citizens believe that the authorities can protect them from possible terrorist attacks following an explosion in the St. Petersburg metro last week, a daily poll by the Russian Public Opinion Research Center (VCIOM), obtained by Sputnik, revealed on Thursday.

MOSCOW (Sputnik) — The poll showed that 75 percent of Russians believed the authorities could prevent a new terror attacks. A total of 98 percent of respondents said they were aware of the deadly blast in the St. Petersburg metro, 30 percent believed Daesh (banned in Russia) to be responsible for it.

© REUTERS / Grigory Dukor
Eight Terrorist Cell Members From Central Asia Arrested in St. Petersburg Metro Bombing Case
At the same time, 52 percent believed the metro attack could have been avoided, while 40 percent said the opposite, the poll revealed.

According to the survey, 60 percent of Russians believed the international terrorist threat had increased in recent years as opposed to 17 percent of those saying it had reduced.

The survey took place on April 7-9 and involved 1,800 respondents.

On April 3, a blast rocked a subway car in the center of St. Petersburg, claiming at least 14 lives and leaving over 50 people injured. Russia’s Investigative Committee said a Russian citizen of Kyrgyz descent was the prime suspect but he might have accomplices.