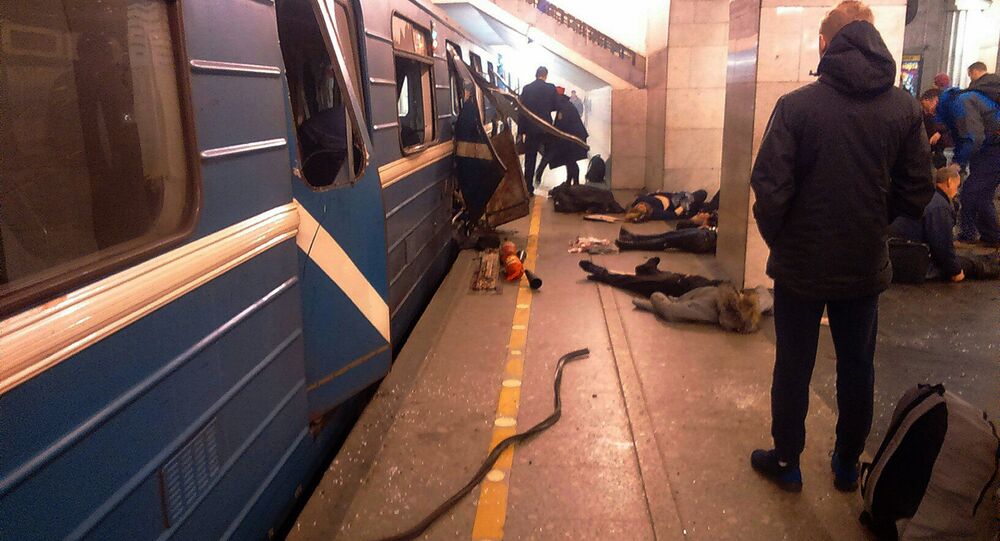 Blast in St.Pete Metro Occurred as the Train Moved Between Stations

An explosion in St.Petersburg metro occurred as the train moved between stations, the Investigative Committee stated on Monday.

According to the preliminary data, the explosive device was installed in one of the train carriage.

The decision of the train's driver not to stop train during the blast possibly helped to prevent more victims, according to the Investigative committee's statement.

"The data obtained during the initial investigative actions indicate that the train driver, in whose car the explosion occurred, was acting competently in the situation. The explosion occurred on a section between the stations, but the driver took the absolutely correct decision not to stop the train, having reached the station, which made it possible to immediately start evacuation and assistance to the victims," Russian Investigative Committee spokeswoman Svetlana Petrenko said.

She added this possibly helped prevent more victims, adding that investigators are questioning eyewitnesses and subway employees in the case.

Russian President Vladimir Putin has expressed condolences to the families of victims. The president also said that terrorist attack considered as one of the possible causes of the explosion.