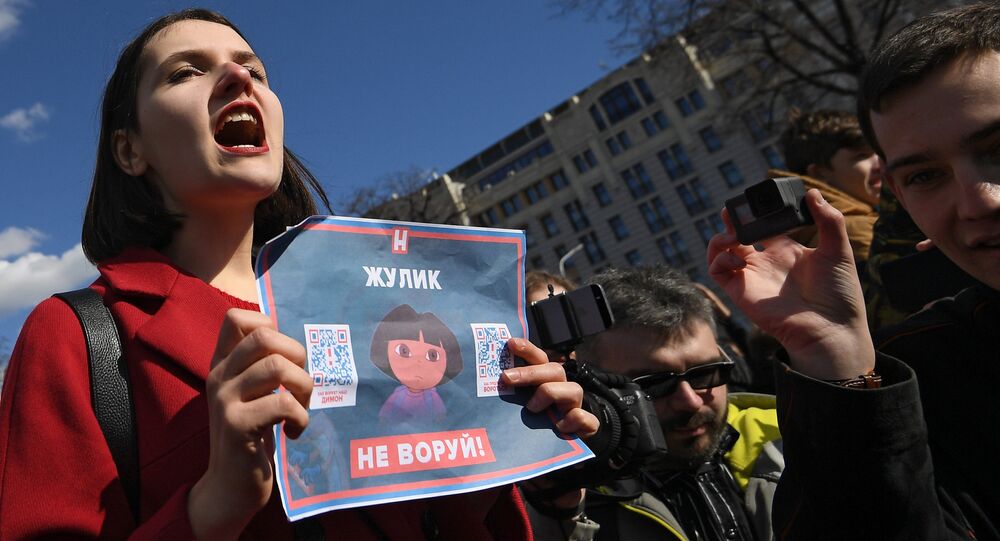 Detention of Russian opposition figure Alexey Navalny took place in the center of Moscow during an unauthorized protest against corruption, according to a lawyer for Navalny’s Anti-Corruption Foundation.

"[Navalny] is in the bus. This is near Pushkinskaya [metro station]," Ivan Zhdanov said.

A police source confirmed Sputnik the fact of Navalny’s detention without specifying the reason.

A Sputnik correspondent reported that that detention took place near Tverskaya Street in downtown Moscow and that the bus with Navalny had already left.

© Sputnik / Kirill Kallinikov
Russian Opposition Figure Navalny May Participate in 2018 Presidential Election
The Moscow authorities rejected Navalny's application for an anti-corruption rally in the city center as it could disrupt traffic and proposed activists to hold the demonstration in other districts of the capital. Representatives of the Moscow authorities told Sputnik that Navalny had refused the offer.

On Friday, a representative of the Moscow authorities said that the protest would be considered unauthorized even in case the activists gather in the places offered by the City Hall as the offer was rejected by Navalny.

The Moscow City Directorate of the Interior Ministry released an official warning to citizens asking all residents to abstain from participation in the unlicensed event planned for March 26. The directorate said it had warned the organizers of the event that they would be responsible for safety of people participating at the rally.