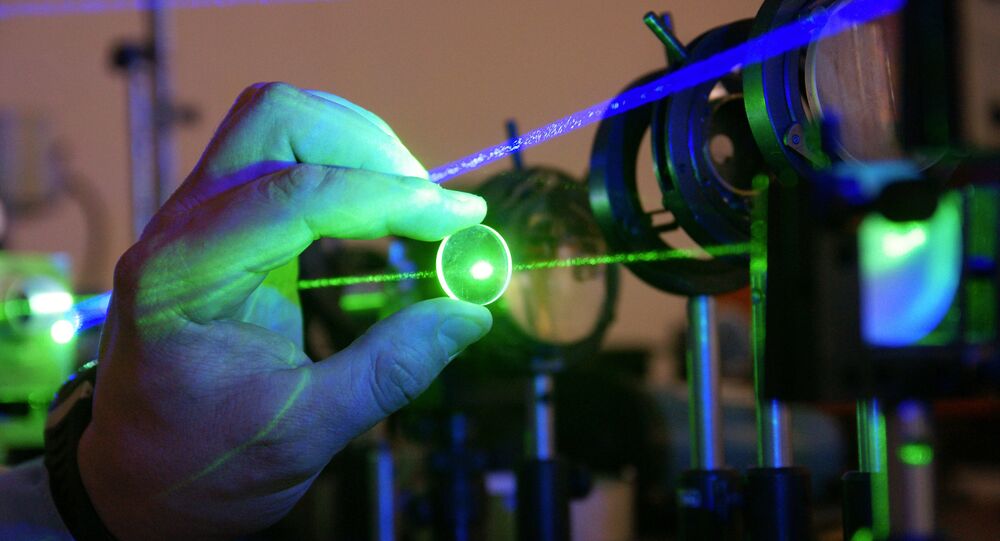 Researchers from the National University of Science and Technology (NUST MISIS, Moscow) have found a way to enhance the effectiveness of lasers by using artificial metamaterials, according to an article published by Scientific Reports (part of the Nature publishing group).

© Photo : NUST MISIS
Russian and American Scientists Create 'Smart Material'
MOSCOW (Sputnik) – Metamaterials are substances engineered to have properties that are not found in nature. They are made from assemblies of multiple elements fashioned from composite materials and are capable of manipulating electromagnetic waves, for example, to make things invisible.

One of the most important practical uses of metamaterials is in laser technology. An interdisciplinary group of researchers working at NUST MISIS under the guidance of Professor George Tsironis, a senior researcher at the NUST MISIS Superconducting Metamaterials Laboratory, studied a model metamaterial composed of semiconductor and dielectric layers that are thinner than the wavelength of incident radiation.

"These researchers have established that the presence of active (amplifying) dielectric media in photonic crystals can compensate for energy losses from the collision of electrons in semiconductor materials, and can also enhance the efficiency of nonlinear generation of radiation. They have also achieved a powerful response with a fivefold increase in frequency and a minimal scattering volume," reads a statement released by NUST MISIS.

"We have also established that the properties of nonlinear systems can change depending on the wave angle," Prof. Tsironis added.

This new property can be used not only in laser optics but also to manufacture sensory units, and so has vast potential for practical applications, the press release says.