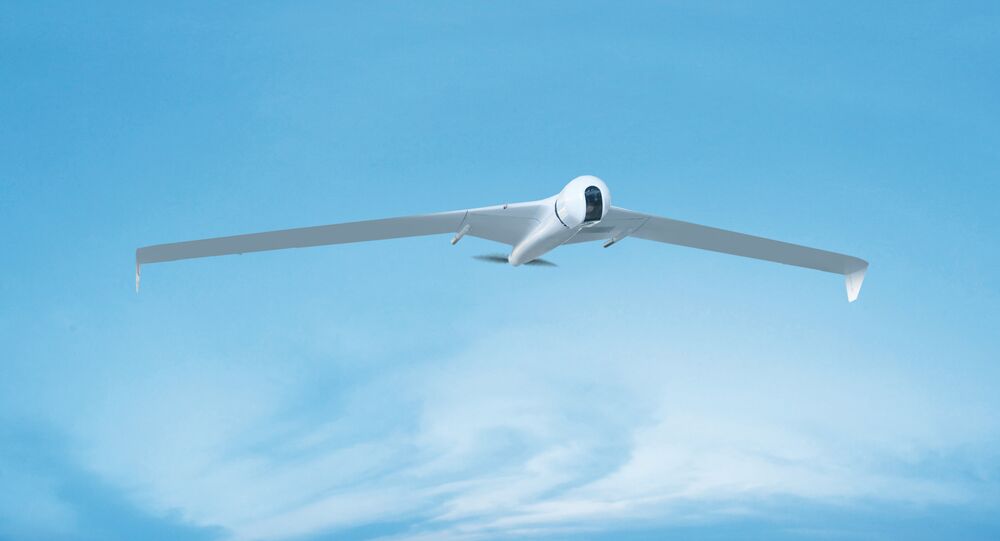 In a writtren interview with Sputnik, Kalashnikov Concern external communications director Sophia Ivanova said that the ZALA 421-16E2 is already being mass produced and that this unmanned aerial vehicle (UAV) will soon be supplied to customers.

"The drone is manually launched with the help of an elastic catapult. It is equipped with an automatic target tracking module and a built-in air shock absorber to protect the UAV during landing. The ZALA 421-16E2 has no analogues in its class of drones," Ivanova said.

The take-off weight of the all-weather, round-the-clock drone is 7.5 kg; it is capable of staying in the air for four hours.

The payload includes a daytime camera equipped with a 60x optical zoom and a 10x magnification thermal surveillance device.

The UAV can be operated with the help of a real-time controller, with multi-channel encrypted communication and data transmission adding significantly to the drone's protection, she said.

© Sputnik / Grigoriy Sisoev
Russia’s Kalashnikov Concern Developing New Modifications of Sniper Rifles
Kalashnikov Concern, founded in 1807, is one of the largest weapons manufacturing companies. The company's best known product is the Kalashnikov assault rifle, which is used in service of over 100 countries.

In 2015, Kalashnikov Concern CEO Alexey Krivoruchko announced his company's plans to produce drones, which he said would be used for border control, reconnaissance and special missions.

He said that the company is also planning the development and production of UAVs for the purposes of monitoring emergency situations and dangerous objects, as well as  geodetic research in harsh climate conditions.