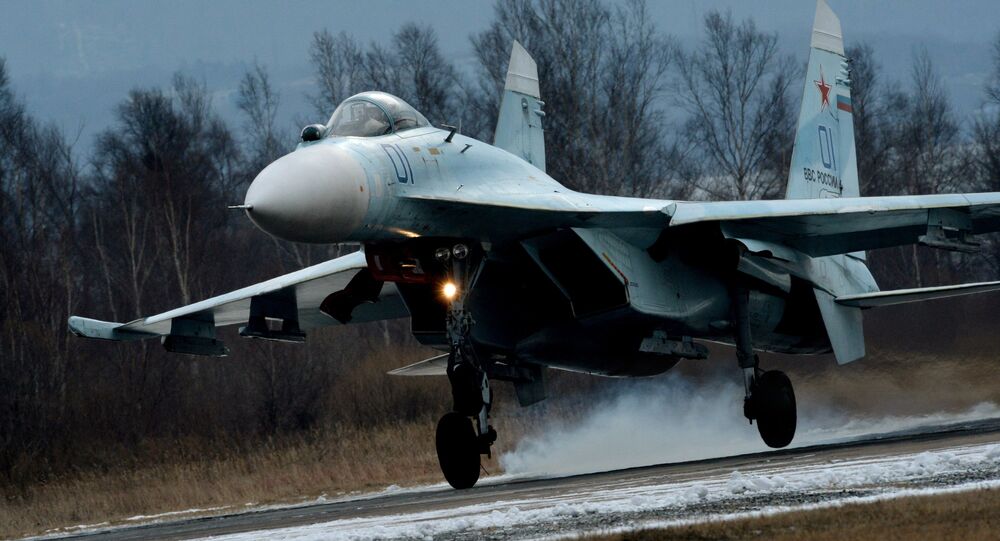 The Russian military has increased the number of sorties flown out of Crimea over recent days due to rising NATO drone activity in the area, a security source told Sputnik on Thursday.

MOSCOW (Sputnik) — The Sukhoi Su-30SM and Su-27SM multirole fighters stationed in Crimea are constantly on duty and on high alert, according to the source.

“Sorties by interceptor aircraft from the Belbek airbase have gotten more frequent over the last 10 days due to intensified NATO remotely piloted aircraft activity near the Crimean air frontier,” the source said.

The source added that NATO drones, mainly Poseidon and Global Hawk UAVs, are controlled by operators stationed in Mediterranean countries and carry out aerial and radar reconnaissance near the air frontier of the peninsula.

A Sputnik correspondent also witnessed interceptor aircraft taking off from Belbek in the direction of the sea several times.

NATO has been stepping up its military presence in Eastern Europe over the past years. A decision to further boost presence close to Russian borders was taken during last year's summit in Warsaw.

Moscow has repeatedly criticized the increased presence of the alliance’s troops and military facilities near the Russian border.