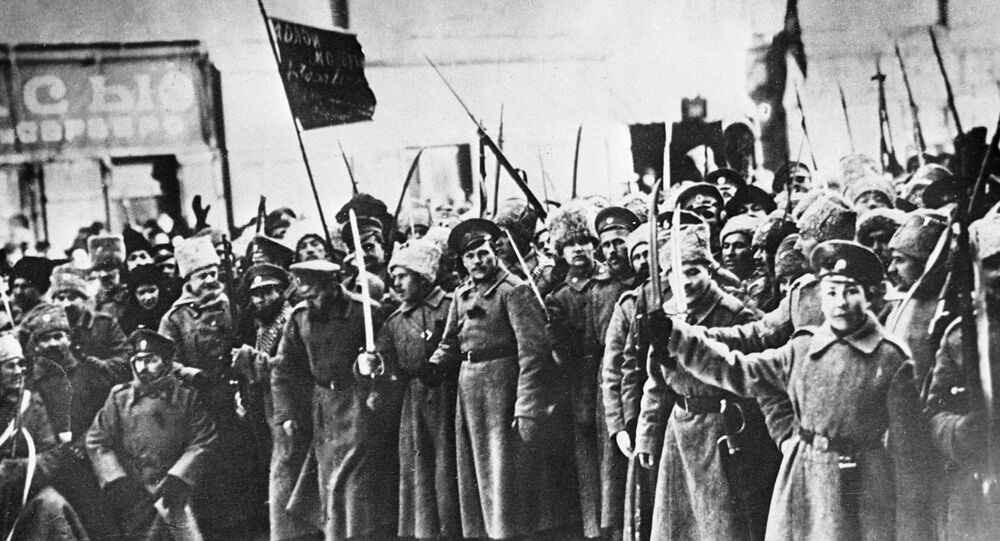 With Russia marking the 100th anniversary of the 1917 Russian Revolution, Isabel Clemente, a teacher of history at the Republican University of Uruguay, spoke about the events that precipitated the political, social and economic experiment that changed the existing world order.

When asked about the way the Russian Revolution was perceived in Latin America and its impact on Latin American countries, Isabel Clemente said that it was viewed with a great deal of interest everywhere, especially in Mexico, where memories of the 1910 revolution led by Emiliano Zapata and Pancho Villa were still fresh.

© Flickr / Colin McMillen
The Revolution of 1917: Why Japan Honors Its Russian Immigrants
“The Mexican Revolution, just like the one in Russia, involved millions of peasants. In Mexico, like in Russia, land ownership and agrarian reform were of paramount importance, that’s why people often draw a line between these two revolutions,” Isabel Clemente told Sputnik Mundo.

She said that in some Western countries the ruling classes, scared by the revolutionary events in Russia, cracked down hard on manifestations and rallies organized by those who, inspired by the Russian revolution, wanted to change the state of things that existed in their countries.

“Numerous movements that emerged in Europe after the 1918 Armistice, wanted to repeat what Russians did in 1917."

The Spartacus League in Germany, led by Rosa Luxemburg, was crushed by the powers-that-be. In other countries, a flurry of ultra-right movements, like the fascist party of Benito Mussolini, popped up trying to combat social protest and the revolutionary project.

“In the United States the nascent Communist party, founded by cultural celebrities like John Reed and Eugene O’Neill, also fell victim to official persecution with the FBI eventually cracking the Communist movement and arresting most of its active members," Isabel Clemente noted.

Beginning of the end of imperialist world order

When asked whether the Russian Revolution was the beginning of the end of the imperialistic world order which ruled supreme back in those days, Isabel Clemente said that it certainly was because it led to a strong ripple effect throughout Russia’s neighbors, above all in China.

A number of Soviet-like organizations started appearing in other countries and trying to get rid of their monarchies.

The breakup of the Austrian-Hungarian Empire and the fall of the Hapsburgo monarchy set the stage for the emergence of movements modeled after the German Spartacus in Austria, Hungary and Poland.

Isabel Clemente sees the advent of democracy and the coming end of the system of social classes, whose members consider themselves as the ultimate holders of political power simply by virtue of birth, as one of the primary results of the 1917 Russian Revolution.

“Simultaneously, we see the emergence of organizations, which though not necessarily out to seize power, organize the people protest actions and mobilize them to fight for their rights with street rallies and manifestations,” she continued.

She added that this is why Communist parties still play a big role in trade union and public organizations worldwide.

“This is also because what Russian workers demanded in 1917 eventually was enshrined in Soviet law and ensured widespread public support for Communist parties in other countries which made those demands part of their political programs,” Isabel Clemente emphasized.

The first one, known as the February Revolution, lasted from March 7 to March 16 (or February 22 to March 3 in the Julian calendar), 1917.

The second is widely known as the October Uprising or Red October, with the main events starting with an armed insurrection in Petrograd on November 7 [October 25], 1917.

The Revolution of 1917: Why Japan Honors Its Russian Immigrants