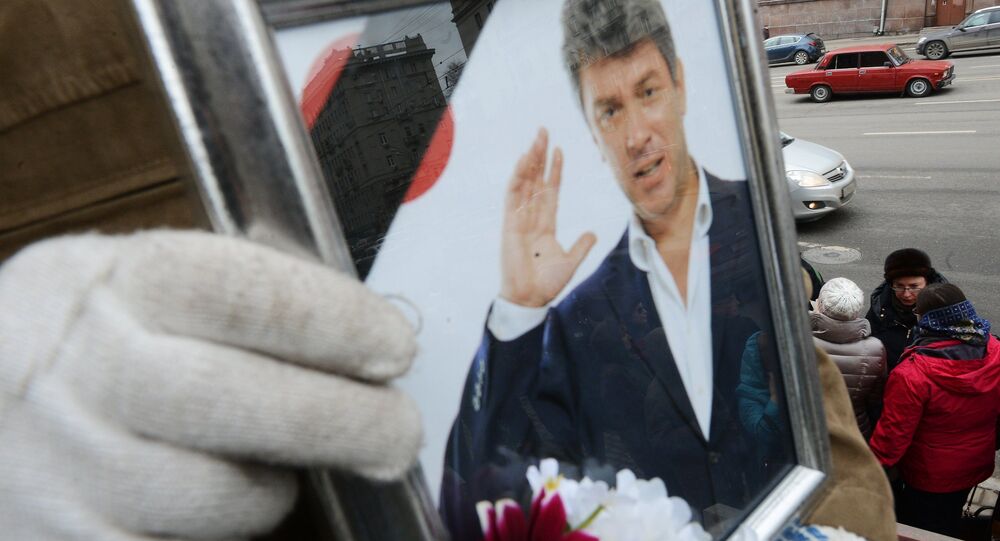 The European Court of Human Rights (ECHR) said that Russia had to pay 13,000 euros (roughly $13,843) to Shadid and Anzor Gubashev, two brothers detained on suspicion of involvement in the murder of Russian politician Boris Nemtsov, Gubashev's lawyer said Monday.

MOSCOW (Sputnik) — According to the lawyers, the ECHR thought that untimely examination of the brothers' appeals was also a violation of their rights.

"The court has granted our appeal and ruled to extract 6,500 euros for each Gubashev [brother]. We complained about the detention conditions, the delays of the delivery to the court, poor food, use of handcuffs," Musa Khadisov said.

© AFP 2021 / PATRICK HERTZOG
Moscow Vows to Appeal ECHR Ruling on Russian Adoption Ban for US Citizens
According to Russian media, in December 2016, another person detained on suspicion of ties to the murder of the politician, Tamerlan Eskerkhanov, signed a 6,000-euro settlement with Russian authorities and agreed to withdraw his complaint on mistreatment in detention from the ECHR.

Five persons were detained on suspicion of involvement in the murder, namely Gubashev brothers, Eskerkhanov, Hamzat Bakhayev and Zaur Dadayev. The alleged chief organizer of the murder, Ruslan Mukhudinov, was arrested in absentia.

All Defendants in Nemtsov Murder Case Plead Not Guilty