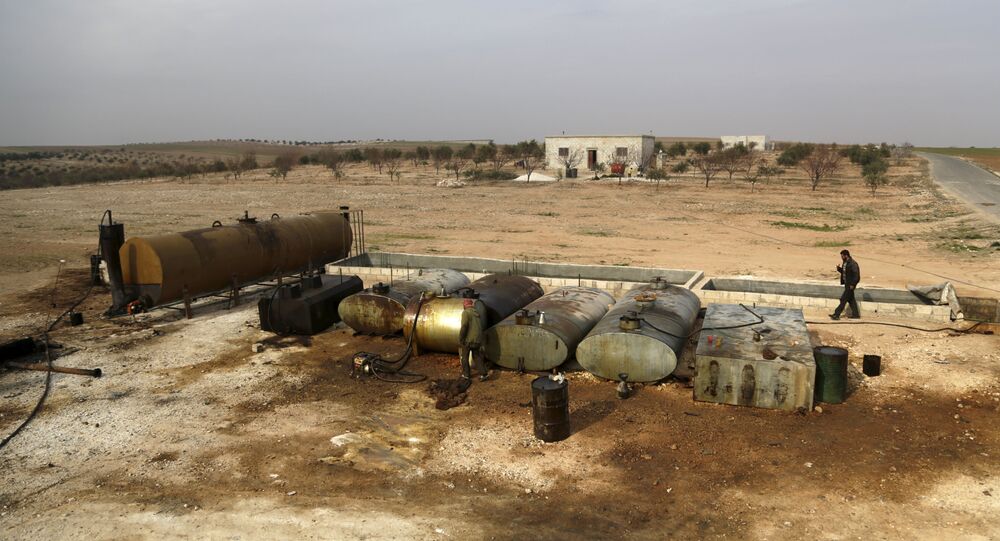 Russia Has Proof Some States, Foreign Companies 'Cooperate With Terrorists'

"We continue obtaining new proof of several states' and influential foreign and even transnational companies' cooperation with terrorists. We are talking about purchases of oil and other raw material from terrorists, as well as about paying them for obtaining permits for production and transportation of goods in territories under their control," Patrushev said in an interview with Rossiyskaya Gazeta newspaper.

© Sputnik / Khaled Alkhateb
EXCLUSIVE: Syrian Army Shells Daesh Oil Trucks in Hama (VIDEO)
He also said that "putting an end to this practice should be the goal of all countries which combat terrorism without an exception."

Patrushev also commented on Russia's cooperation with other countries in the fight against terrorism.

"First of all we managed to intensify the work in the framework of the United Nations Security Council. Russia contributed to the adoption of resolutions aimed at fighting against Daesh and other terrorist organizations, as well as against financing terrorism," he said.

Russia is going to continue work on eliminating the terrorist threat coming from the territory of Iraq and Syria, Patrushev said.

"We will strive for continuation of joint work aimed at elimination of the terrorist threat coming from the Syrian and Iraqi territory, and ensuring close coordination of efforts between the states interested in stabilization of the situation in the Middle East."