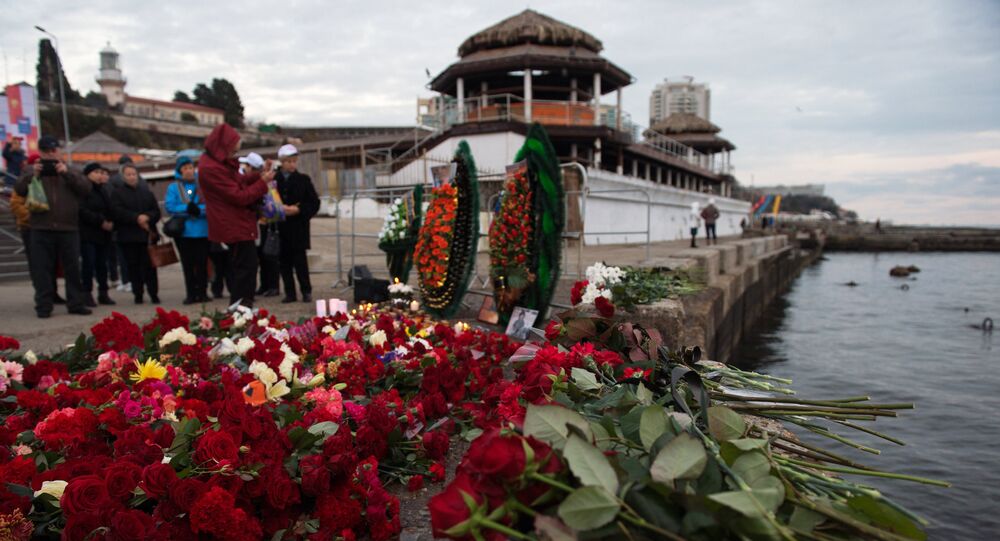 Nikolay Antoshkin, former deputy chief of the Russian Air Forces, said that a fuel system failure could have caused the Tu-154 plane crash in the Black Sea.

"I think that if engine fail, one should examine the fuel system. A rupture of a duct, a ducting or a flow divider valve could have occurred – one should look for a problem there," Antoshkin told RIA Novosti.

"I do not think that the crash was caused by a foreign object penetrating the engine. The jet could not have been fueled by low-quality fuel, the pilots were experienced and there was no sabotage," Antoshkin said.

© REUTERS / Maxim Shemetov
Russian Defense Minister Says Does Everything Possible to Investigate Tu-154 Causes
He added that the time necessary to decode the plane’s flight data recorder would depend on damages of the black box.

Defense Minister Says Does Everything Possible to Investigate Tu-154 Causes