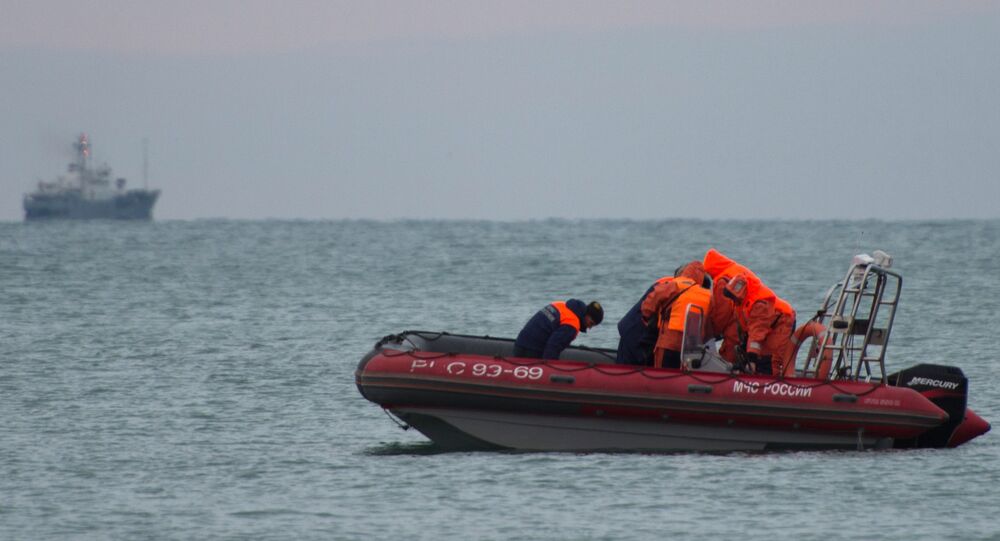 Divers have lifted two elements of Tu-154 operating mechanism to surface, the Russian MoD said in a statement on Monday.

The debris of Tu-154 was found one mile offshore near the search operation in the Black Sea, according to the statement.

"Divers discovered plane wreckage at the bottom… 1,700 meters from the shoreline along the axis of the aircraft takeoff. Acoustic means at this point determined the radius of the wreckage's scatter, which is about 500 meters," the ministry said.

"The divers have lifted two aircraft control mechanism elements. The serial numbers establish that they belong to the Russian Defense Ministry's Tu-154 that departed Adler on December 25," the ministry said in a statement.

The average 98-foot depth of the area where the wreckage has been found allows for the efficient use of the existing search-and-rescue means, it added.

The ministry said that all surface inspections in the search area have been fully completed, with seabed inspections completed at seven of the 15 sectors.

On Sunday morning, the Russian Defense Ministry's Tu-154 aircraft en route to Syria with 92 people on board crashed into the Black Sea shortly after refueling at an airport in the Russian resort city of Adler. Fragments of the plane were discovered 1 mile from the sea shore of Sochi.

All the passengers and crew members are feared dead.

Never miss a story again — sign up to our Telegram channel and we'll keep you up to speed.