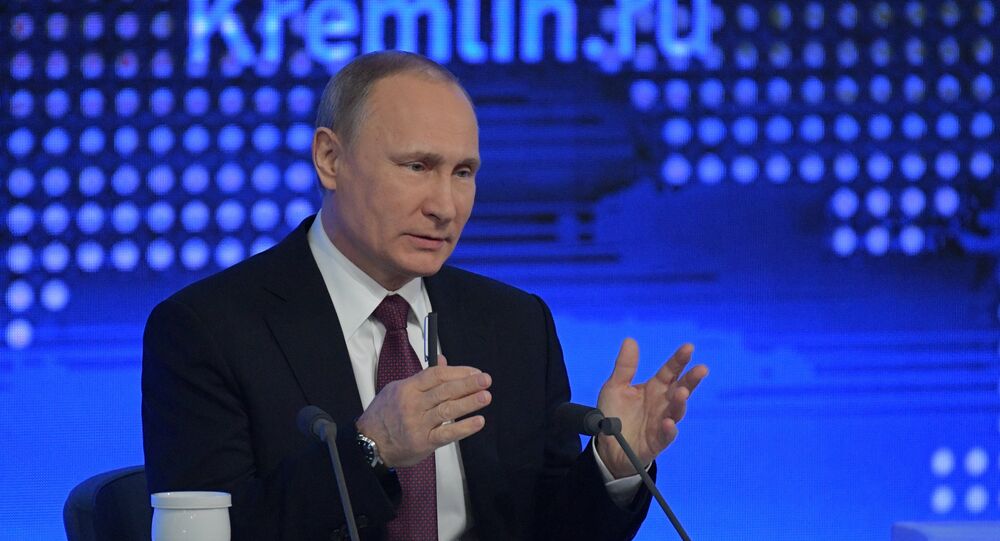 Russia’s President Vladimir Putin admitted during the annual press conference on Friday that the natural population growth in Russia.

Russian President Vladimir Putin on December 23 holds a major end-of-the-year press conference, where he is to focus on economic issues, the situation in Syria, Russia-US relations and the Ukrainian peace settlement.
Never miss a story again — sign up to our Telegram channel and we'll keep you up to speed!
...
Reddit
Google+
Blogger
Pinterest
StumbleUpon
Telegram
WhatsApp
32
Topic:
Putin's 2016 Annual Year-End Press Conference (72)

White Population in America on the Decline