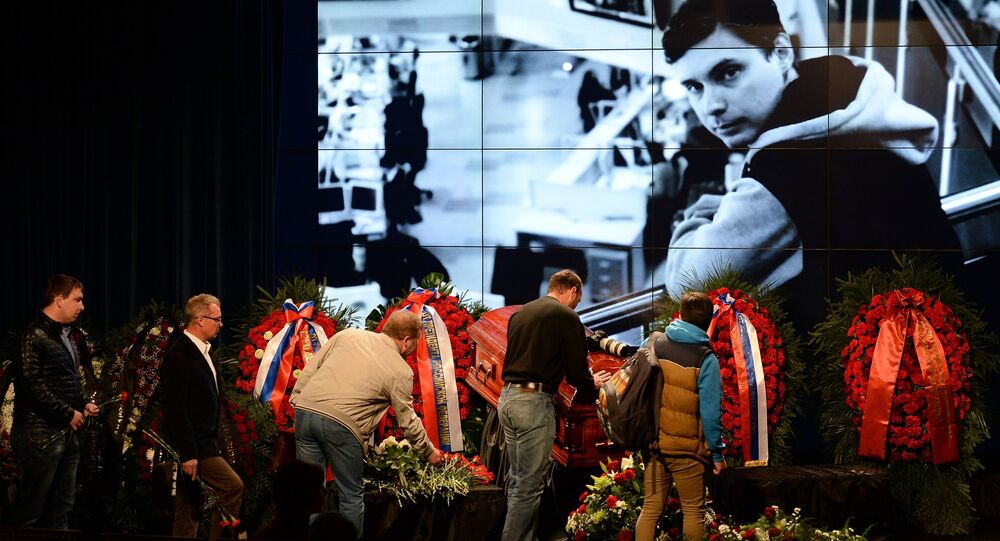 Russian Remembrance Day of Journalists Killed in Line of Duty

December 15 is observed in Russia as a remembrance day in memory of journalists who died while performing their professional duties.

1 / 6
© Sputnik / Vladimir Astapkovich
A visitor at the opening of a photo exhibition of the prizewinners in the Andrei Stenin International Press Photo Contest in Moscow. File photo

On August 5, 2014, Stenin fell out of communication with his editorial office in eastern Ukraine. Local sources said he might have been detained by Ukrainian security forces, but this was not confirmed by Kiev.

Adviser to the Ukrainian Ministry of the Interior Anton Herashchenko said in an interview with Latvia’s Radio Baltkom that the Russian photojournalist had been arrested by Ukrainian special services on suspicion of "assisting terrorists." Later, Herashchenko said his words were "misinterpreted" and that he only assumed Stenin had been detained, but had no accurate information.

© Sputnik
A memorial plaque on the wall of the Rossiya Segodnya International Information Agency honoring Rossiya Segodnya press photographer Andrei Stenin who was killed in the line of duty in 2014 in Ukraine.