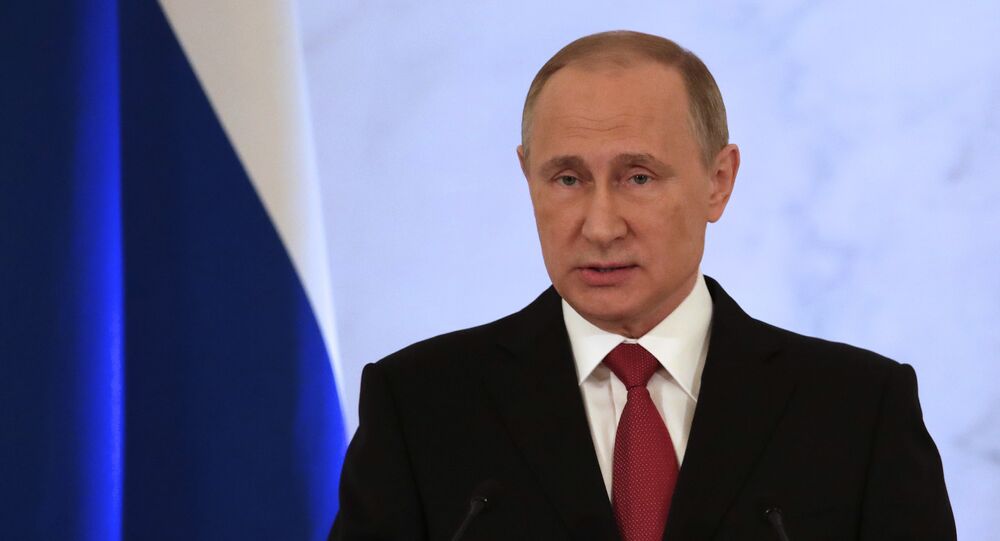 Past Achievements Cannot Help to Avoid Punishment for Corruption - Putin

No achievements or connections can save a corrupt official from punishment, but nobody should pronounce someone guilty before a court verdict, Russian President Vladimir Putin said Thursday in his annual address to the Russian Parliament.

MOSCOW (Sputnik) — Vladimir Putin was delivering his annual State of the Nation Address to the Federal Assembly on the situation in the country and the country's domestic and foreign policy priorities on December 1, 2016.

"No office, no high-ranking ties, no past achievements can help a corrupt member of civil service escape punishment. But I would like to stress that nobody can rule a person is guilty before a court decision."

The president also said that in the last few years there had been a number of high-profile corruption cases against municipal, regional, federal officials.

"But I would like to emphasize, the absolute majority of civil servants are honest, decent people, working for the country's prosperity," Putin added.

Private Businesses Should Be Involved in Providing Social Services - Putin