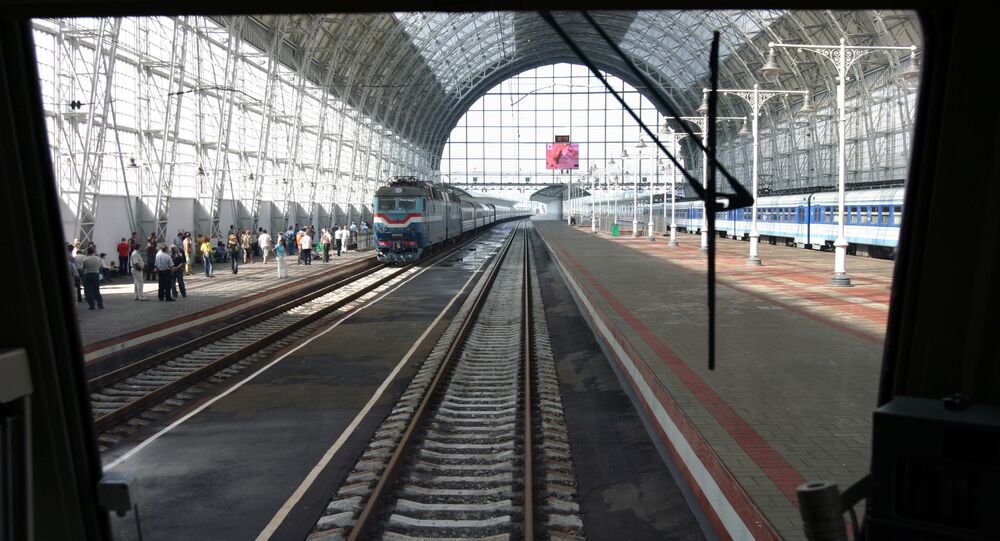 Russian Railways will invest about 8.4 billion rubles in rebuilding train stations in cities that will host matches of the 2018 FIFA World Cup, according to the company's press release.

"As part of this project Russian Railways will rebuild train stations and adapt them for mobility impaired people. The company will also upgrade security systems at the railway stations – this is a major requirement for holding such events. The work is estimated to cost 8.4 billion rubles in total and will be funded under the company’s investment program," the press release reads.

At present this work is being carried out at 13 stations, while 18 stations have already been upgraded to meet international standards for transportation infrastructure. Moscow’s nine train stations were improved under a comprehensive reconstruction and security program, Sochi’s seven stations were done for the 2014 Olympic Winter Games, and two of Kazan’s stations were upgraded for the 2013 Student Games. In St. Petersburg the main stage of work will start next January. The cost of upgrading the city’s train stations will amount to almost three billion rubles.

© Sputnik / Alexei Danichev
Putin: Stadiums for 2017 Confederations Cup, 2018 World Cup to Be Built in Time
To improve the passenger information system Russian Railways has developed dynamic navigation, including electronic display screens in Russian and English. By the first quarter of 2018, it will install 34 charging stations for gadgets that will also have video links to speak with station personnel. In addition, Russian Railways will create a barrier-free environment for passengers from their arrival at the station to boarding, including ramps, elevators and stair lifts, as well as low ticket counters with induction loop systems for people with hearing loss.

Train stations will also be equipped with additional screening systems and the latest digital surveillance cameras. Twelve separate screening pavilions will be built at seven train stations to improve passenger flow and security. In all, over 1,700 employees will work security at the entrances to these stations.

The first ever World Cup to be hosted by Russia will take place from June 14 to July 15, 2018. Matches will be held in Moscow, Kaliningrad, St. Petersburg, Volgograd, Kazan, Nizhny Novgorod, Samara, Saransk, Rostov-on-Don, Sochi and Yekaterinburg. Volgograd will host only four group stage matches.