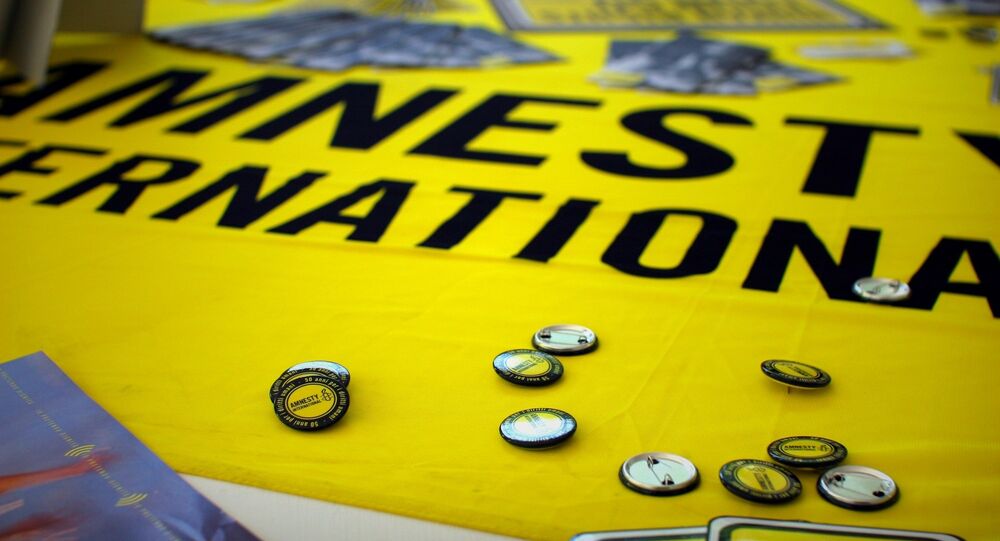 The European Union hopes that Russia's competent authorities will reconsider their position on the Moscow office of Amnesty International human rights group, which was sealed earlier this week, the European External Action Service (EEAS) said in a statement on Thursday.

"We expect that the competent authorities in Russia will urgently review this case and ensure the unhindered access of AI staff members to their premises. Amnesty International, along with all other human rights organizations, must not be prevented from carrying out their important work," the EEAS spokesman said in a statement.

The the EU authorities are in contact with the organization, both the European headquarters and the Moscow office, the spokesman said, adding that the reasons provided by the Moscow authorities were "wholly inaccurate."

On Wednesday, Moscow's City Property Department elaborated that the office was sealed as the organization had infringed the terms of payment for the office's rent and said that prior notices had been sent to the Amnesty International's office. The organization has claimed that it had not received any warnings.