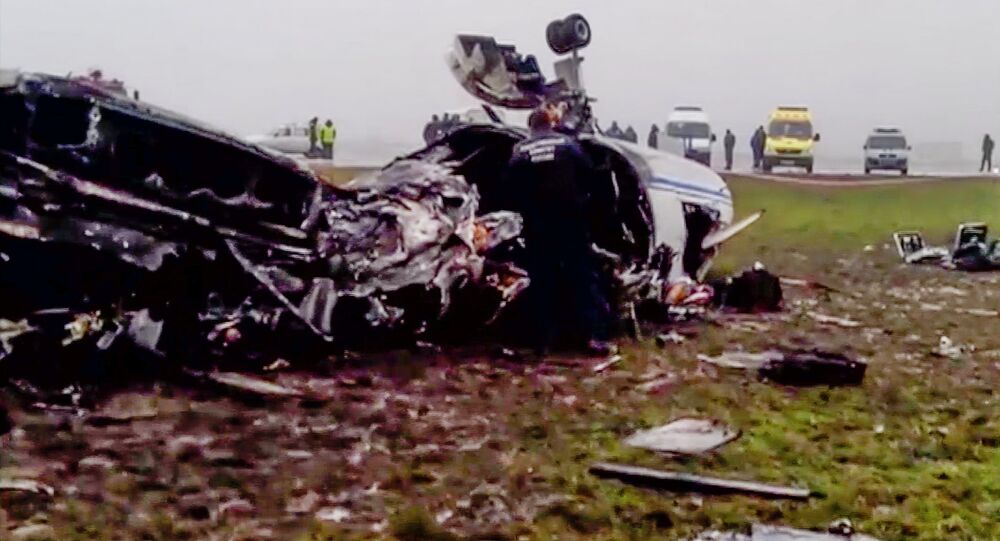 The 2014 crash of former CEO of the French Total oil and gas company Christophe de Margerie's business jet in Moscow was caused by a combination of various reasons, including lack of supervision from the airdrome service shift supervisor, the Interstate Aviation Committee (IAC, also known as MAK) said in a statement Tuesday.

MOSCOW (Sputnik) — On October 20, the IAC reported that it had completed the investigation of the 2014 incident when the aircraft collided with the snowplow and would publish the final report. On Tuesday, the committee published the factors that resulted in the crash.

"Most probably, the accident was caused by the combination of the following contributing factors:… lack of proper supervision from the airdrome service shift supervisor, alcohol detected in his organism, over the airfield operations: no report to the ATM or request to the snowplow driver as he lost visual contact with the snowplow;… violation by the airdrome service shift supervisor of the procedure for airdrome vehicles operations, their entering the runway… out of operation… without requesting and receiving clearance from the ground controller," the statement said.

© AP Photo / Jacques Brinon
Russian Prosecutors File Charges Against Vnukovo Over Total CEO Plane Crash
The statement added that other reasons also included "insufficient efficiency of risk mitigation measures," "violations by the medical personnel of Vnukovo AP of vehicle driver medical check requirements" and "failure by the out of staff instructor controller and trainee controller… to detect two runway incursions by the snowplow on the runway in use."

De Margerie died on the night from October 20 to October 21, 2014, when his plane crashed in Moscow’s Vnukovo airport. De Margerie was the only passenger on board the aircraft. Three French crew members also died in the crash.