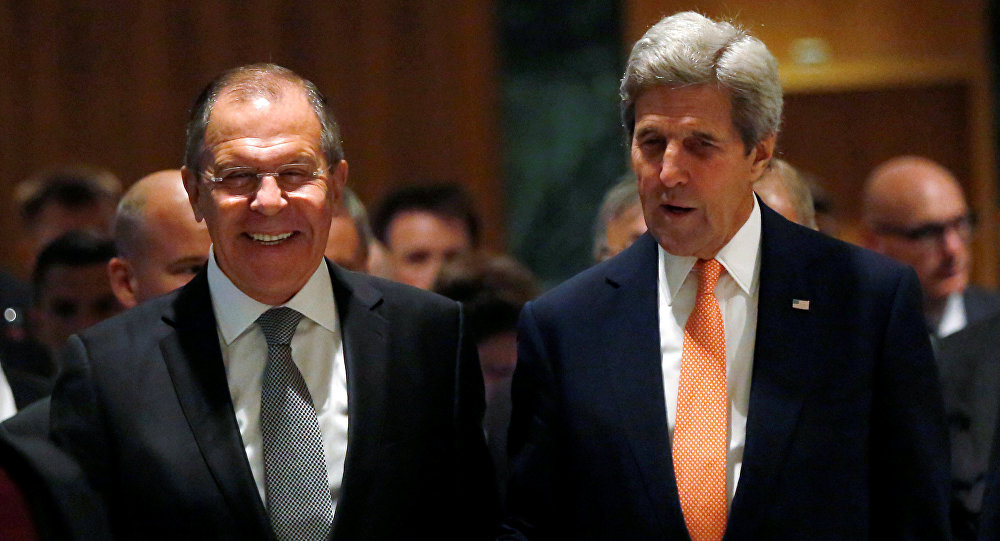 Second Chance: Russia, US to Give Syria Peace Another Try

During their meeting in Lausanne, Switzerland, on Saturday Russian Foreign Minister Sergei Lavrov and his US colleague John Kerry will try to return to the basic principles of the Russia-US agreements on the Syrian peace process they had earlier discussed in Geneva.

“The mere fact that Lavrov and Kerry are going to meet again is good news. I think they will try to get back to the agreement they clinched in Geneva. Just how prepared both are to return to the September 9 accords remains to be seen. I expect the talks to be hard and long,” Vladimir Sotnikov, a senior expert with the Global Security Center in Moscow, told RIA.

He added that he was glad to learn that the two foreign  ministers  were going to meet again “because just a few days ago  the impression was that the situation was in a dead end and there would be no further meetings.”

“The main priority now is to resume cooperation with our American partners because Russia and the US hold the key to any solution to the Syrian crisis. The fact that Moscow and Washington managed to set aside their serious disagreements and return to the negotiating table is a very good sign,” Sotnikov said.

As for the absence of Iranian representatives from the upcoming talks in Lausanne, Vladimir Sotnikov explained it by possible US objections.

This doesn’t mean that “at some point in time all the outside actors in the Syrian crisis, including Iran, will not come together depending on the kind of agreement Russia and the US are going to have.”

On February 27, a US-Russia brokered ceasefire came into force in Syria. Terrorist groups, which maintain a heavy presence in Aleppo, are not part of the deal. 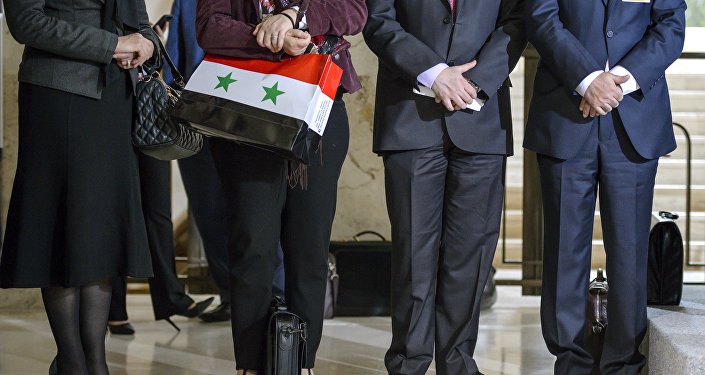 © AFP 2019 / FABRICE COFFRINI
UN Needs Lasting Cessation of Hostilities to Resume Geneva Talks on Syria
After 14-hour talks in Geneva on September 9 Lavrov and Kerry agreed a peace roadmap for Syria, which called for an immediate ceasefire and coordinated military operations by Russia and the United States.

On October 3, State Department spokesman John Kirby said, however, that the US was suspending all diplomatic contacts with Moscow over failed efforts to end the war in Syria.

This did not affect communications between the two countries aimed at preventing their military aircraft from bumping into each other over Syria.

Russia said it was “profoundly disappointed” by the US’ statement, adding that it reflected Washington’s failure to comply with its commitments.

US Holds No Military Talks With Russia, Not Planning Joint Operations in Syria