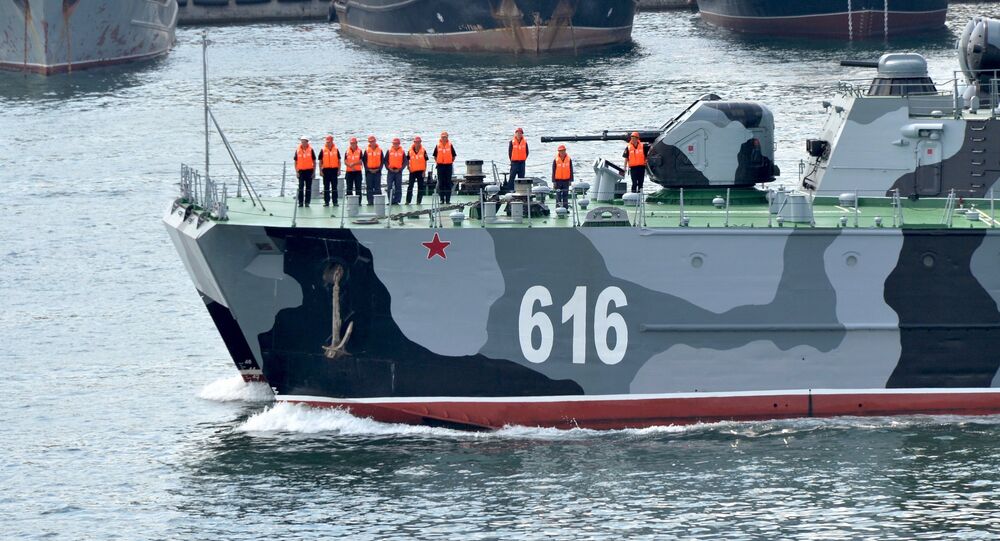 With a sophisticated gun due to be put into service by the Russian Navy in the near future, its warships will have an advantage over NATO vessels, according to the Russian newspaper Izvestia.

Designed to contain NATO warships equipped with Italian-made Oto Melara guns, the АК-176МА is equipped with an all-weather electro-optical system which shares its characteristics with a sniper rifle, according to the source.

It said that the new gun's combination of high ballistic performance with an electronic management control system add to the AK-176MA's complete superiority over its main competitor, the 76-mm gun made by the Italian firm Oto Melara, which is used by the ships of more than two dozen countries.

Izvestia quoted military expert Vladimir Shcherbakov as saying that the 76-mm automatic multi-role naval guns are a universal weapon that actually can destroy a whole array of targets.

"They are capable of destroying not only the enemy ships, but also airborne targets, including drones. Also, these guns can be effectively used to fire on a coast, including on targets located at a considerable distance from the coastline," he said.

Right now, the AK-176MA is being tested aboard the guard ship Polyarnaya Zvezda (Polar Star), the flagship of project 22100 Okean (Ocean).