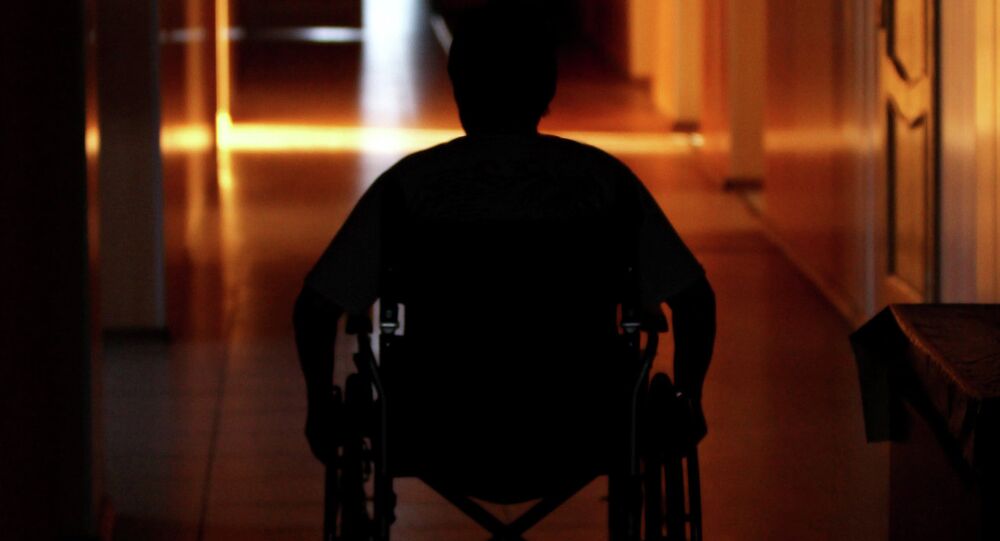 Ivan Bakaidov from St. Petersburg, diagnosed with cerebral palsy, has developed a program that allows people with speech disorders to learn alternative ways of communication.

© Photo : cleverchair.com
'Clever Chair': Russian Engineer Creates First Ever Autopilot Wheelchair System
In an interview with RT, the young man who is currently studying in high school and is sometimes called "Russian Stephen Hawking," shared his future plans, his opinion about sports, attitude to the suspension of the Russian Paralympic Games in Brazil and meeting with Ban Ki-moon.

According to Ivan's teachers, the young man is very clever and has achieved great success in computer programming. Ivan created a computer program that enables communication for people with speech disorders, helping them to live a full life.

"I met a girl, whose name is Lina, and I wanted to help her. We really lacked capability to communicate with each other," Ivan told RT.

The program allows you to choose necessary words on a virtual keyboard by pressing only one button. The app also has a set of icons to facilitate communication and a simplified version for kids.

"Thanks to this program, people who could not say a single sentence can now say about 80 phrases a day," Ivan said.

© Photo : Cláudio Vieira de Oliveira
My Story: Inspirational Brazilian Overcomes Rare Disorder to Write Bestseller
According to the young man, his DisQwerty program and its DisCoin version for Android can be downloaded for free. To date, 80 people have already downloaded the app, including speech therapists and speech pathologists, who could apply the new technology in the classroom.

The young man was even invited to take part in the UN World Humanitarian summit where he talked about his research and shook hands with the UN Secretary General Ban Ki-moon.

"Shaking hands with Ban Ki-moon — it was amazing, because it is beyond our everyday life," the young man confessed.
Ivan has long been fond of programming. As all young people of his age, he is preparing for exams and planning to go to college. The young man has also achieved good results in sports.

"Ivan's progress with boccia (a ball sport) is significant. He was silver medalist at the Russian championship and a member of the national team of the Russian Federation," Ivan's mother Julia Vasilchikova said.

Like sport-lovers, Ivan has been following the fate of the Russian athletes during Rio Olympics 2016. He said he was very upset when the Russian Paralympic team was banned from participating in the Paralympic Games in Brazil.

"I have a feeling that they hit the raw nerve of the people for whom sport is their life," the young man said.