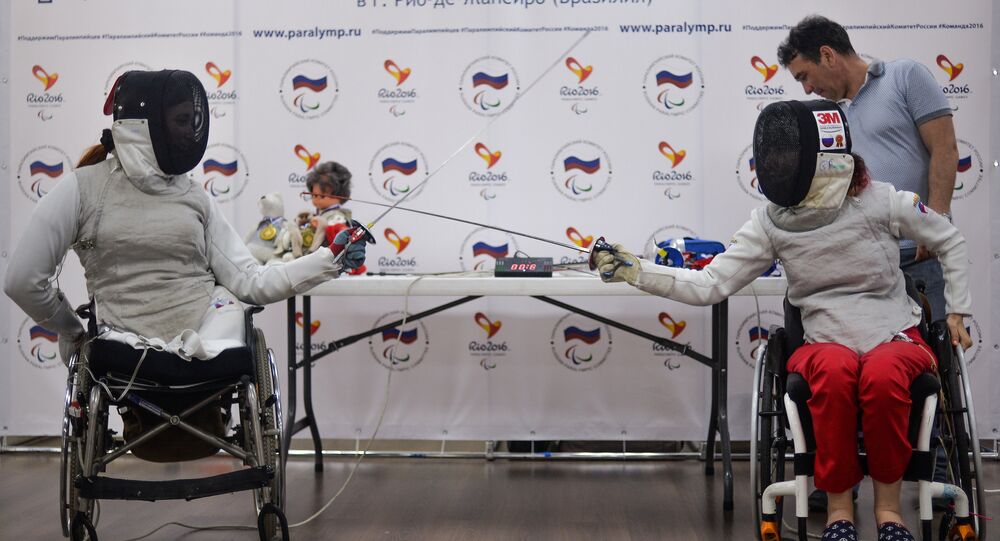 Russian media launched a nationwide support campaign showing solidarity with the Russian paralympians. Meanwhile the athletes released a video in which they gave a message to the world.

The nationwide support campaign under the hashtag #despite (#вопреки in Russian) stands for finding strength and giving your best, despite circumstances, pain and despair.

Meanwhile, the video shows athletes training in their respective sports and displaying their unbelievable determination, strength and fight despite the circumstances.

In the video message Russian Paralympians speak about how people often get upset over trivial matters when the right thing to do is to just smile because people do not understand what real desperation is.

The paralympians further say that people do not know how easy it is to just be happy.

The footage shows the athletes training intensely. At the end of the video the message states, “We will not be worse without the Paralympic Games, but it will be without us!”

#despite hashtag stands for finding strength and giving your best, despite circumstances, pain and despair #вопреки pic.twitter.com/qqh8hEfKNA

​The Court of Arbitration for Sport's (CAS) upheld the decision by the International Paralympic Committee (IPC) chief to suspend the Russian Paralympic Committee (RPC) from the Rio Games in September, citing the country's alleged failure to comply with the organization’s anti-doping rules.

He refrained from ruling out the possibility that the CAS decision was politically motivated.

"Given that the media coverage in the West is very negative toward Russia — and all our arbitrators were from the West- I cannot exclude [the possibility] that they looked on this situation not only in terms of the law, but also from the standpoint of other motives, including political," the attorney said.