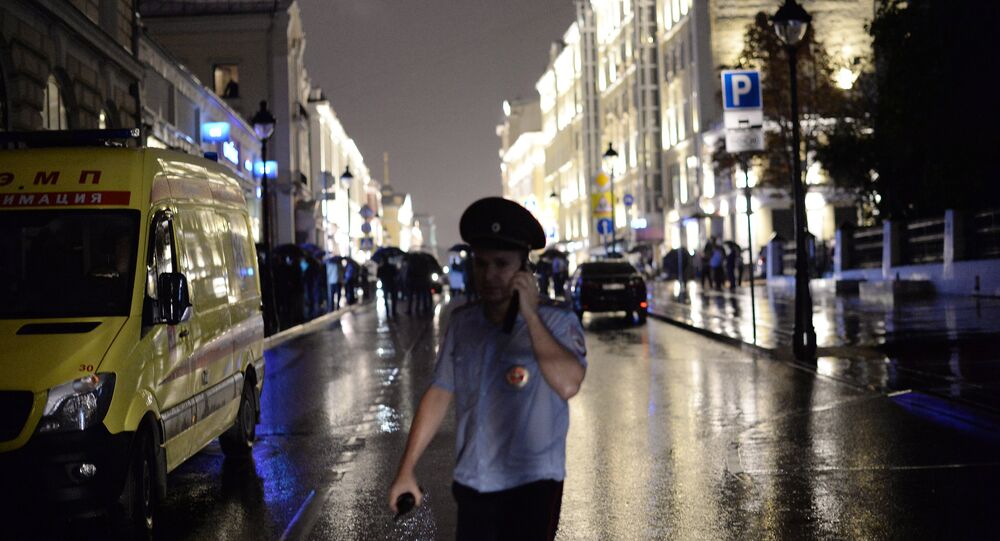 According to the Criminal Code, the suspect is now facing up to 15 years of imprisonment.

MOSCOW (Sputnik) — Russian investigators have voiced charges against the suspect in a hostage taking situation that took place in a Citibank branch in the center of Moscow, spokeswoman of the Moscow Department of the Russian Investigative Committee said Friday.

"Aram Petrosyan is accused of committing a crime under paragraphs "d " and " g ", of act 2 of the article 206 of the Criminal Code [hostage-taking in respect of two or more persons with the use of an object as a weapon]," Yulia Ivanova told RIA Novosti.

According to the Criminal Code, the suspect is now facing up to 15 years of imprisonment.

Earlier in the day, Ivanova told RIA Novosti that the man who took several people hostage at a Moscow bank earlier this week was motivated by his inability to pay off credit debt.