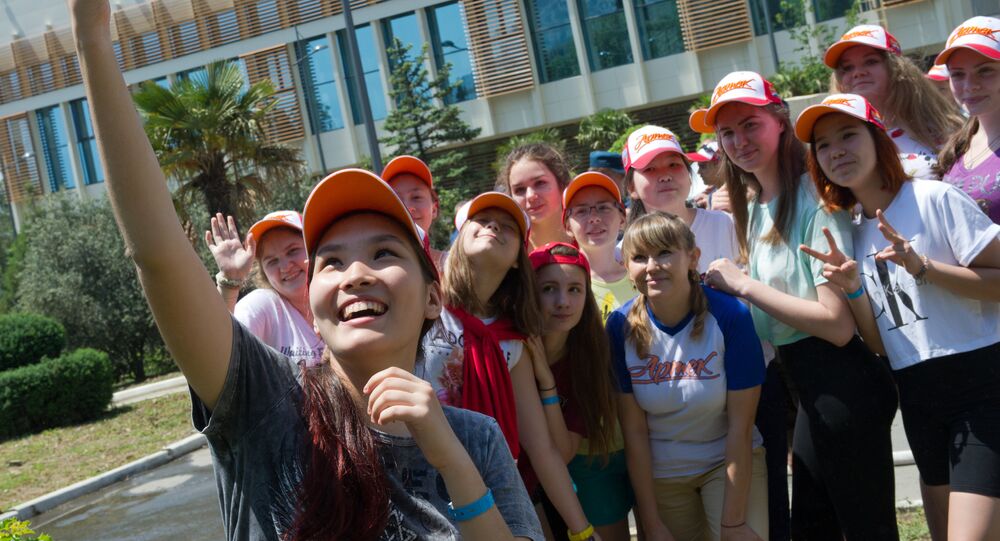 A group of 22 French children are enjoying their summer holidays in the Artek camp in Crimea despite powerful opposition from Ukrainian lobby.

MOSCOW (Sputnik) — A group of French children arrived in the Artek children’s summer camp in Russia's Crimea despite strong opposition from Ukrainian lobbyists, the Russian Foreign Ministry said in a statement obtained by Sputnik.

“With the support of Russia's Foreign Ministry and the Ministry of Education and Science, a group of French children had a vacation at the International Children's Center Artek (Crimea). The organizers of the vacation have experienced strong pressure exerted through the Ukrainian lobby in France,” the statement reads.

According to the statement, parents of the French children received telephone calls during which “terrible things” were said about the condition of the Artek camp, with some of the parents receiving “recommendations” not to send their children to the Crimean camp for political reasons.

"Despite all the difficulties, a group of 22 children aged between 11 and 16 years, belonging to different strata of French society, was organized," the statement reads.

© Sputnik / Yuriy Lashov
Five Facts About Legendary Soviet 'Artek' Summer Camp in Crimea
According to the foreign ministry, the French group arrived in Artek on August 8 and is set to leave on August 27.

The French children's trip comes after in July, a delegation of French lawmakers led by Thierry Mariani, a member of the Foreign Affairs Committee, went to Crimea to meet with local officials and residents despite European criticism. The lawmakers noted that what they had seen in the region, which voted to leave Ukraine for Russia in a March 2014 referendum, was completely different to how it was usually portrayed in Western media.

In total, over 60 delegations from dozens of countries came to Russia’s southwestern Crimea region this year, defying Western restrictions, including those from Italy, Jordan and many other nations.