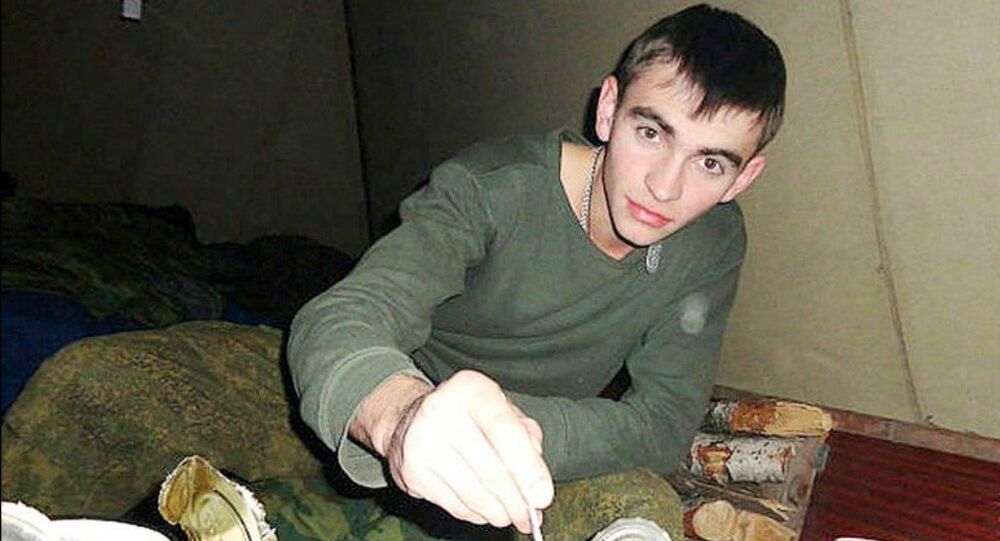 Russian hero, Senior Lieutenant Alexander Prokhorenko, 25, who was killed in March during the battle to recapture the ancient Syrian city of Palmyra from Daesh terrorists, would have now been the happy father of his newborn daughter named Violetta.

The news about Violetta's birth came on Tuesday and was released by the governor of the Orenburg region Yuri Berg in his blog.

"Sasha Prokhorenko has a daughter. Life goes on. She was born and will grow up in the country which 70 years ago defeated fascism and which today has risen to fight global terrorism," Berg wrote.

"Sasha Prokhorenko… died so that little Violetta and millions of children worldwide would never see the horrors of the vile terrorist attacks," the statement said.

© Photo : Twitter/@AlphaSpecnaz
'Russian Rambo’ Who Died a Hero in Palmyra Liberation Was Expecting First Child
When little Violetta grows up she will be just as proud of her father as all his countrymen are, Berg added.

"In a few years she will know who her father was," he wrote.

Alexander Prokhorenko was on the ground conducting reconnaissance and target acquisition for Russian warplanes, which were providing support for Syrian government forces, when his position was compromised and he found himself surrounded by terrorist fighters. When he was captured by Daesh terrorists, he called in an air strike on his own position that killed him and several terrorists.

However, shortly before his death, he once again confessed his love of his family and country.

"They are here. This is the end, commander, thank you. Please, tell my family and my country, whom I love. Tell them that I was brave and I was fighting, but I can no longer do anything. Please take care of my family, avenge my death. Goodbye, commander. Tell my family — I love them," these were the last words of the hero before he died.