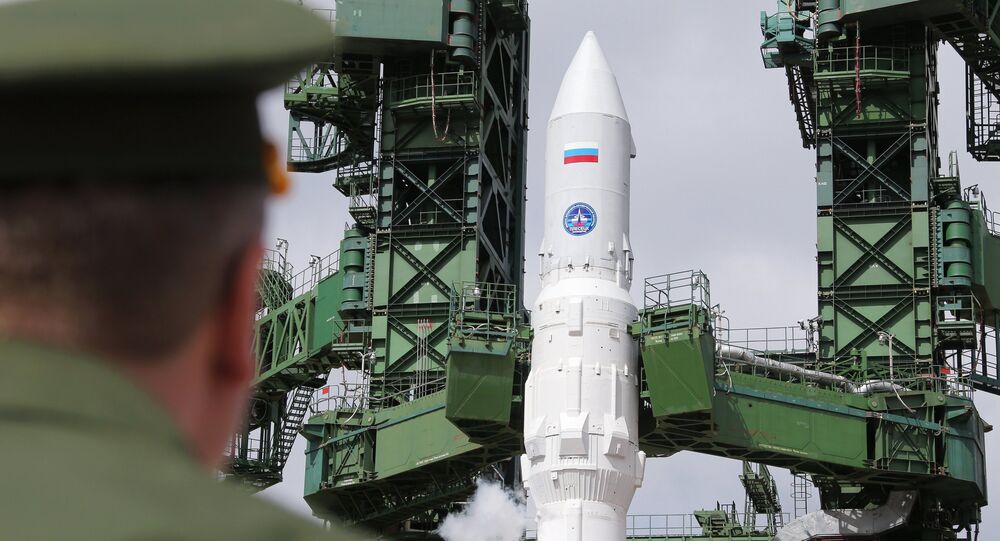 Russia to Launch Angara-1.2 Rocket With Korean Satellite KOMPSAT-6 in 2020

South Korea's KOMPSAT-6 multipurpose satellite will be launched using the Russian Angara-1.2 carrier rocket in 2020, Roscosmos said in a statement issued on Monday.

© AFP 2021 / STR
Russia Postpones Launch of Proton Rocket With US Satellite Until October 10
MOSCOW (Sputnik) — "International Launch Services (ILS, a subsidiary of Russia’s Khrunichev State Research and Production Space Center) and Korea Aerospace Research Institute (KARI) signed a contract on the launch of the Korean multipurpose spacecraft  KOMPSAT-6 using the Angara-1.2 carrier rocket. The launch is planned to be carried out in 2020 from the Russian Plesetsk cosmodrome," the statement read.

KOMPSAT-6 is designed for remote monitoring of emergencies and natural disasters, acquisition of operational meteorological information and data on natural resources.

"The signing of the first commercial contract for the launch of rocket carrier Angara demonstrates high potential of the newest family of the Russian rockets. Russia’s Khrunichev State Research and Production Space Center and the Korea Aerospace Research Institute are connected through the long-term cooperation. The contract for the launch of KOMPSAT-6 spacecraft takes our partnership to the new level," Khrunichev Space Center CEO Andrei Kalinovsky said.

The Angara family of space-launch vehicles is designed to provide lifting capabilities of between 2 and 40,5 tonnes into low Earth orbit. It has been in development since 1995 and was the first orbit-capable rocket developed by Russia since the fall of the Soviet Union to replace the older Proton-M rockets.