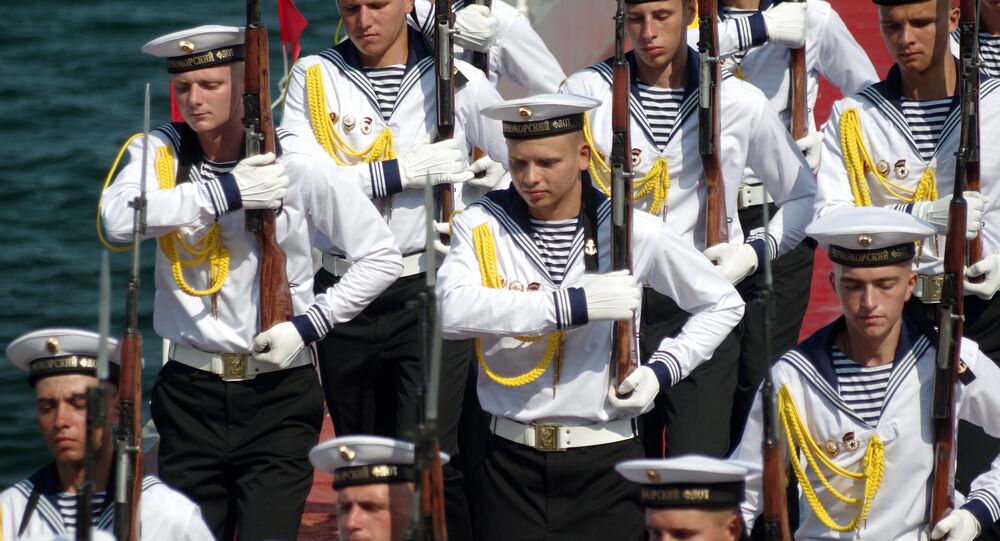 SEVASTOPOL (Sputnik) — Over 20 warships, 10 support vessels and around 30 pieces of the Black Sea Fleet coastal forces' equipment performed during the parade to commemorate the victories of Russian sailors.

"During Vladimir Putin's presidency, there was an increase in military spendings, so we see today that the Russian Navy is back. The are only a few oceanic navies in the world: the French, the British and the Russian," Dhuicq said, adding that he was impressed by the new Admiral Grigorovich frigate demonstrated at the parade.

According to the French lawmaker, the parade highlighted the role of the Navy in the Russian people's history, especially for Crimea.

"A parade was quite big and popular event that showed a special link between the Russian population and the Russian Navy because everyone remember bravery of Navy forces during the World War II, specially, in the Black Sea and Crimea," Dhuicq said.

The Russian Navy Day is annually celebrated on the last Sunday of July. This year, the holiday marked several milestone events in Russia's naval history, including the 320-year anniversary of the national Navy to be celebrated on October 30.