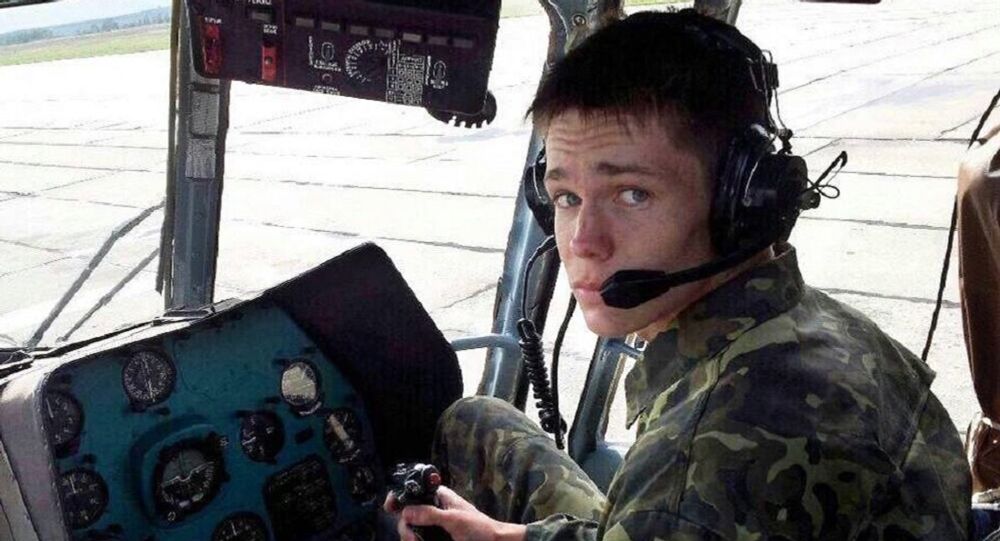 A memorial service for Yevgeny Dolgin, one of the Russian combat pilots who were killed in action in Syria on July 8 was held in the town of Ostrov in the Pskov Region of Russia.

The ceremony was conducted at a military airfield located near the town, and was attended by the base personnel, his widow Ekaterina Dolgina, and the governor of Pskov Region Andrei Turchak.

"Yevgeny was a kind and talented man, a loving husband and a steadfast comrade-in-arms. He will forever remain in our memory as a true professional, a brave aviator devoted to his duty," Lt. General Sergei Kuralenko said, according to RIA Novosti.

During the ceremony, Dolgin was given full military honors, and after a minute of silence four military helicopters – a pair of Kamov Ka-52 and two Mil Mi-8 – made a pass over the airbase, firing off signal flares.

© Photo : twitter.com
Heroic Russian Pilots in Syria 'Died Having Stopped a Terrorist Advance'
Dolgin will be laid to rest in his home village of Sokolovy, located in Saratov Region, on July 13.

On July 8 a Mil Mi-25 helicopter gunship (export version of the Mi-24) piloted by Colonel Ryafagat Khabibulin and Lieutenant Yevgeny Dolgin was shot down in Syria after providing assistance to the government forces against a large group of Daesh terrorists advancing to the east of Palmyra. Both pilots were killed during the crash.

News of the pilots' deaths was met with shock and grief across Russia, and President Vladimir Putin called on Russian religious leaders to pray for the fallen pilots, "who work and fight, and unfortunately sacrifice their lives serving our homeland."