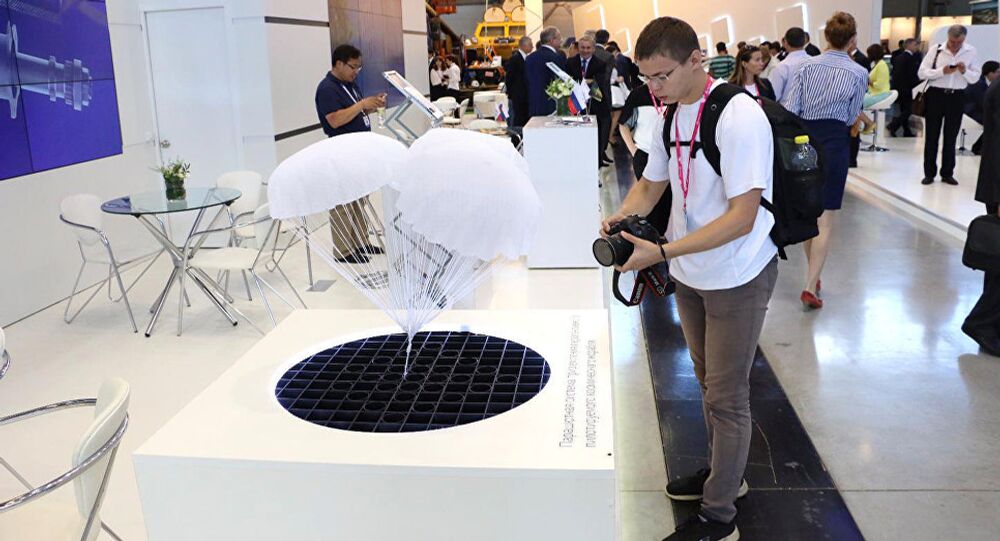 A new kind of parachute, especially designed for space landings, has been presented at the Innoprom International Industrial Trade Fair in Ekaterinburg by Technodinamika, a Russian aviation company.

© REUTERS / Shamil Zhumatov
New Space Station Crew Blasts Off From Baikonur
Russian engineers have come up with a new type of parachute for astronauts returning from space, the aviation company Technodinamika, a subsidiary of the Russian state corporation Rostec, announced on Monday.

Alexander Litvonov, head of Technodinamika's innovation department, told RIA Novosti that the US, Russia and China are the only three countries to have developed such a system.

© AFP 2020 / SHAMIL ZHUMATOV / POOL
From ISS to Earth: Roscosmos Releases Amazing Videos of Astronauts’ Journey
On June 26 China's next-generation crew capsule parachuted back to Earth, after an experimental space flight. The re-entry module also landed using one main parachute, and according to Spaceflight Now it can carry crews larger than the three astronauts that the Shenzhou spacecraft can transport.

Russia's current landing system uses one brake parachute, which opens before one main parachute. Technodinamika explained that the three-domed design of the prototype will allow it to safely land a heavier space module, with a crew of up to six people.

The new design appears similar to the design used by NASA's Orion parachute system. Currently in the final stages of testing, it has a total of 11 parachutes, and three main parachutes which open for the final 2,500 meters of its descent.

The new parachute model from Technodinamika was unveiled on Monday at the three-day Innoprom International Industrial Trade Fair in Ekaterinburg, where visitors could also inspect 3D models of its parts and assembly.

Litvonov told Aviation Explorer that the Innoprom trade fair is an important forum for the technology firm to present its wares, and make contact with potential clients.

"Innoprom is one of the most important forums for us, because our current and potential partners from China, India and the Asia-Pacific region are represented at here," he said.

"This year, the forum's main partner is India, which is one of our key markets, so we have a lot of negotiations planned with Indian representatives. In the contemporary world Russia and India need to work together in the areas of technology and industry, particularly given the fact that that country could soon become the world's leading driver of growth," Litvonov said.