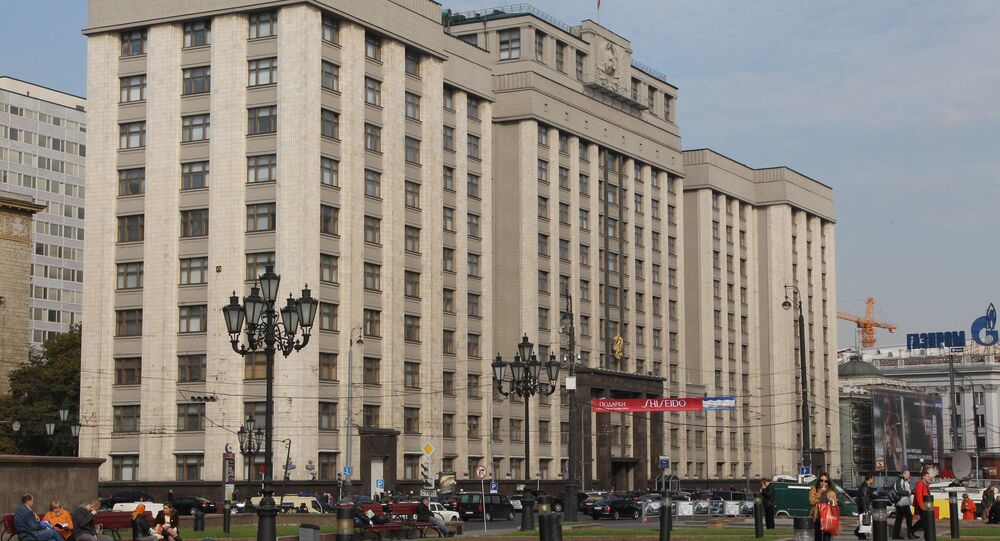 The Russian anti-terror draft bill has not set clear characteristics of data storage so far, only providing the Russian government with a right to formulate its stance on the issue in the next two years, Irina Yarovaya, the head of the lower house's Security and Anti-Corruption Committee, said Monday.

MOSCOW (Sputnik) – The controversial draft legislation was criticized by mobile operators claiming that the new law would result in an up to three-time increase in prices for their services.

"The [draft] bill does not offer to store information. The bill just gives a right to the Russian government to determine its stance in the course of two years whether it is necessary or not to store information, what amount and what kind of data should be stored. So the bill does not regulate this issue. The bill just sets the government’s powers," Yarovaya, who drafted the legislation along with Viktor Ozerov, the head of the Arms Committee in the upper house, told Rossiya-24 TV channel.

She added that there were no reasons for increasing prices for communication services.

"That is definitely, categorically and unequivocally because information that the bill sets requirements concerning the amount of data is false… Possibly, there is just a desire to increase prices and a wish to find some kind of a plausible reason. Objectively, there are no reasons for increasing prices," Yarovaya said.