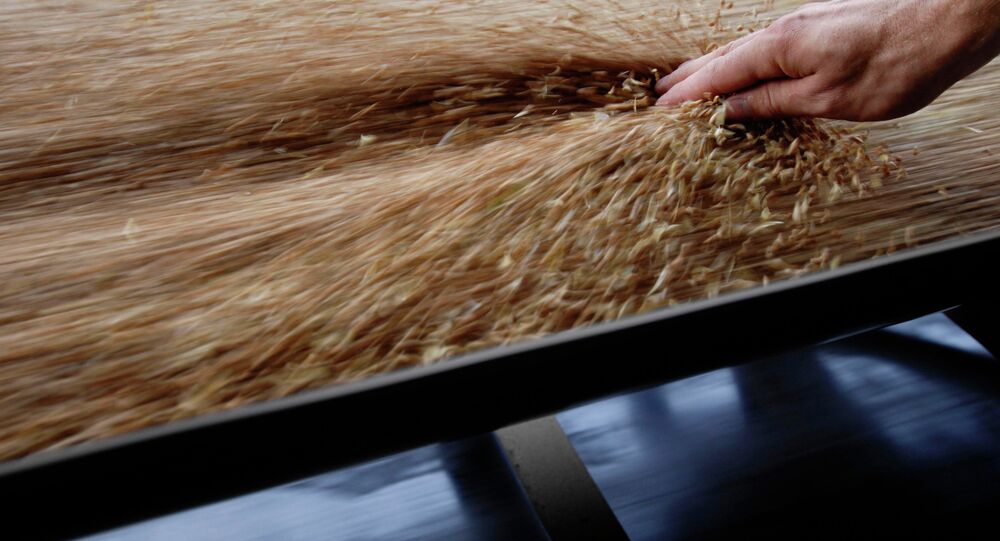 The growth in production and export of Russian agricultural products is very strong and future prospects in the field are encouraging, experts say.

© Sputnik / Sergey Mamontov
Russia Wants to Increase Agriculture Exports to China, Southeast Asia
The prospects for further growth in key niches, like grain and meat, are very encouraging. This year Russia might gather a record harvest of grain, while meat producers report about their rapid expansion into the growing Asian markets, the article said.

As for January-April 2016, the total value of food and agricultural exports reached 5.11 billion dollars, increasing by 5.4% compared to the same period last year.

However, when we take into account economic situation in general, we see that many other sectors of Russian economy demonstrated significant slowdown.

According to Rosstat data, food and agricultural products were the only export items which showed growth compared to the same period of the previous year. Other product groups were rather characterized by negative dynamics, including metallurgy and machinery which actually benefited from the devaluation of the ruble last year.

In general, the Federal Customs Service has recorded a decrease in domestic exports by 32.2% in the first four months of 2016.

"Thus when we say that agricultural producers managed to significantly increase their share in Russian exports we should take into account that it came together with the decline in most other fields," the newspaper concluded.

Russia May Increase Revenues From Arms Exports by 20% in 2016