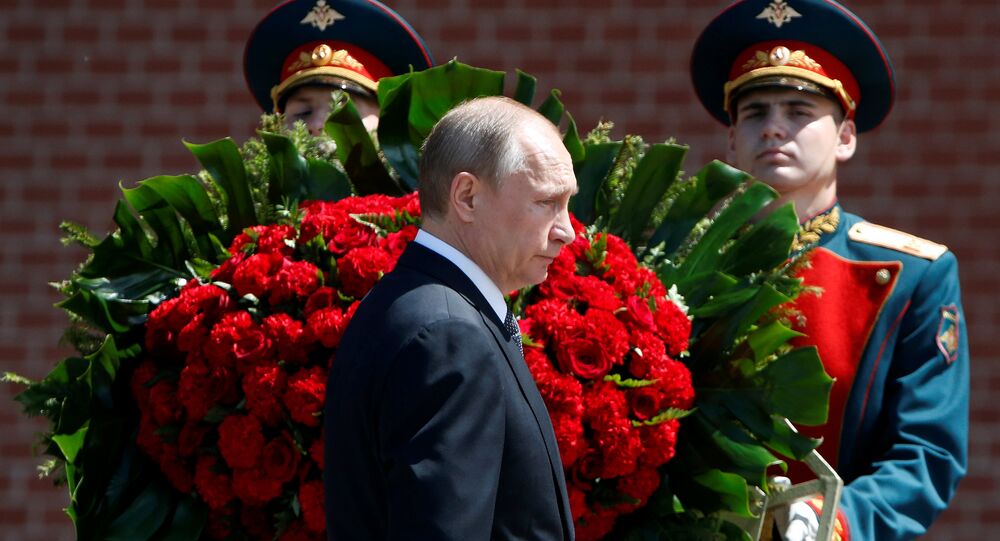 Russian President Vladimir Putin on Wednesday laid a wreath at the eternal flame near the Tomb of the Unknown Soldier in Moscow to commemorate the victims of the Great Patriotic War.

MOSCOW (Sputnik) — The ceremony took place on June 22 to coincide with the 75th anniversary of Nazi Germany’s invasion of Soviet Union during World War II, which was to become known in Russia as the Great Patriotic War.

The wreath laid at the tomb in silence had a commemorative inscription that read, "To the unknown soldier from the president of the Russian Federation."

The ceremony took place at the Alexander Gardens (Aleksandrovsky Sad) located below the Kremlin walls.

V-Day: The Soviet Role in the Defeat of Nazis and Why the Cold War Followed