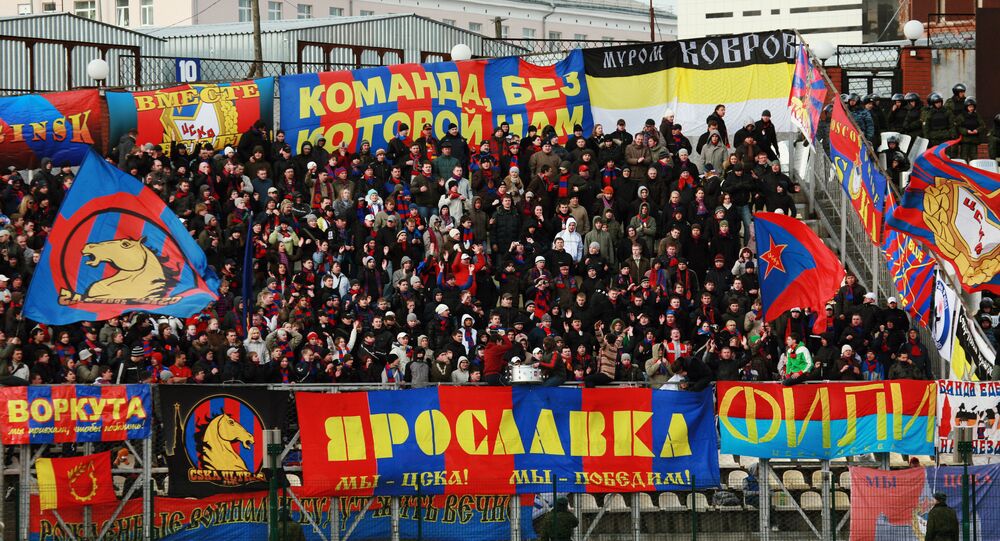 The State Duma, the lower house of the Russian Parliament, will debate a bill that requires the compulsory identification of football fans at stadiums, a member of the Duma's sports committee said Saturday.

© Photo : Youtube/MrPohuyPonyatiya
'Firms': Everything You Ever Wanted to Know About Russian Football Fans (PHOTO, VIDEO)
MOSCOW (Sputnik) — Russian lawmakers will consider a bill that requires compulsory identification of football fans at stadiums:

"The draft law on personal identification at stadiums does exist and will go before the State Duma in the coming days," Dmitry Svishchev told R-Sport agency.

The lawmaker said "blacklists" of offenders could be drawn up, which would hopefully "normalize the situation." He did not give any details on how the procedure.

"It might not be to everyone’s liking… But the absolute majority of people going to sports events want to support their favorite team and not to take part in brawls or be threatened with violence," he added.

Three Russia supporters were sentenced to imprisonment in France earlier in the week and 20 others are to be expelled from the country for their role in clashes that took place in the city of Marseille following the Euro 2016 Russia-England match last Saturday.