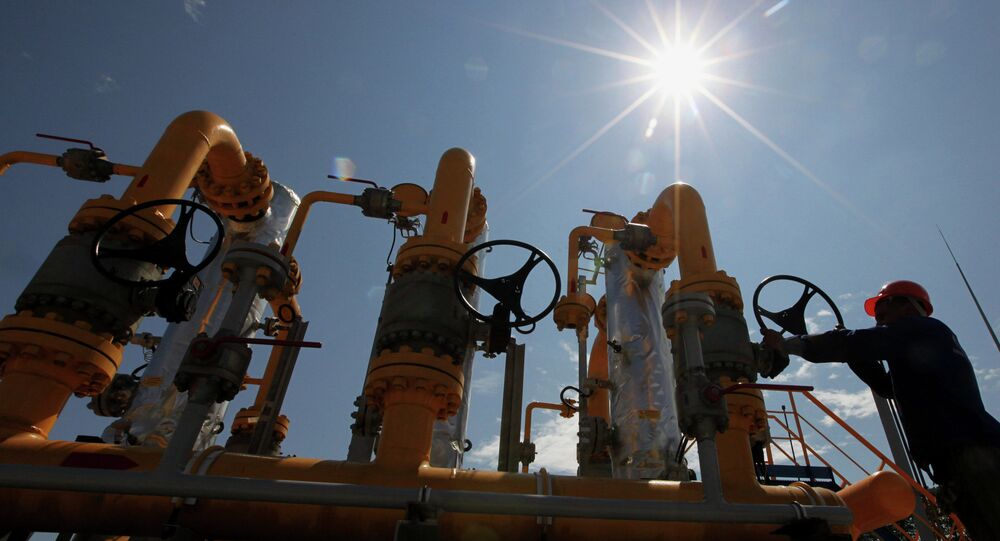 Global transition to the green energy will not be possible without the major role of the Russian natural gas, the head of the World Energy Council told Sputnik Friday.

"It is clear that we will have a fossil-fuel base for quite some time, "Dr Christoph Frei, Secretary General of the UN- accredited global energy body, predicted. "From the Russian prospective, gas is going to play a very critical role… and is a big business opportunity."

Lower-carbon natural gas is largely viewed as a "bridge" between greenhouse gas emitting coal and renewables, such as solar and wind power. As the role of coal begins to dwindle in line with the 2015 Paris climate conference commitments, the role of gas becomes "not less important but more," Dr Frei said.

© Sputnik / Vladimir Fedorenko
Russia Refuses to Commit to Black Sea Gas Pipeline Without Demand Guarantee
He identified three cornerstones of green transition: decarbonization, market transition and regional integration – which are going to attract investments from big companies as they strive to keep up with the times amid plunging coal prices.

"Gas will stay very strong, the whole context of new technology will become stronger, with regional integration being a key driver in attracting investment. Those are three areas where we see [investment] opportunities," the Swiss adjunct professor said.

Dr Frei warned that conventional-model businesses would eventually be compelled to shift to green innovations and technology, in a "transform or die" scenario, as they could not afford to be excluded from the clean energy agenda.