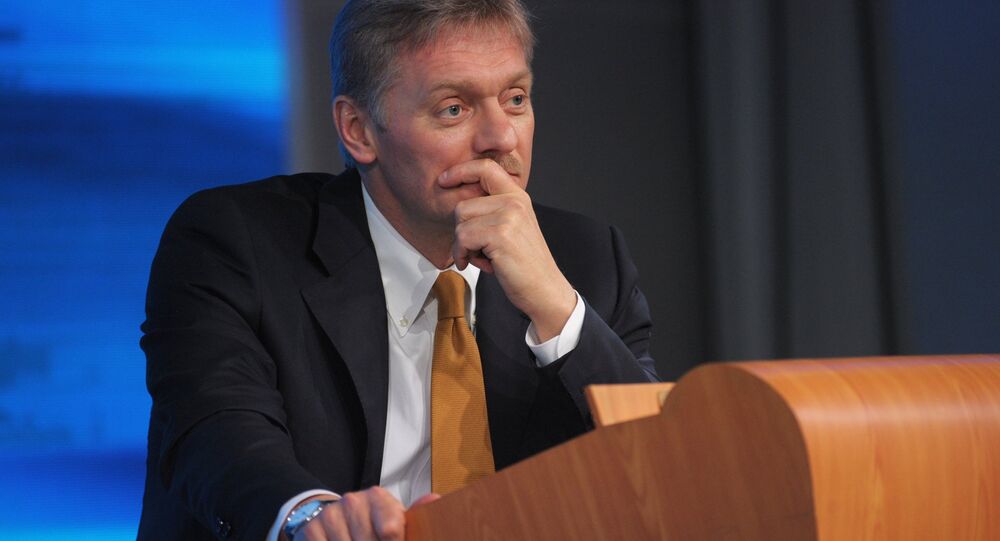 There have been no talks in Kremlin on possible introduction of a Russian national cryptocurrency, Presidential spokesman Dmitry Peskov said Friday.

© Flickr / fdecomite
Bitcoin Exchange Approved to Operate Across the EU
MOSCOW (Sputnik) — There have been no discussions on potential introduction of a Russian national cryptocurrency in Kremlin, Presidential spokesman Dmitry Peskov said Friday.

"No, such idea is not discussed in Kremlin," Peskov said, when asked whether the Russian government is considering the introduction of a proposed cryptocurrency.

Earlier in the day, Russian newspaper Kommersant, citing Federal Financial Monitoring Service (Rosfinmonitoring) Deputy Director Pavel Livadny, reported that Russia plans to introduce its own regulated and licensed cryptocurrency, while banning the use of all others.

According to the paper, the move would help ensure that cryptocurrency is not used in unlawful schemes and the consumer rights are protected, pointing out that it may also reduce the costs of financial transactions.