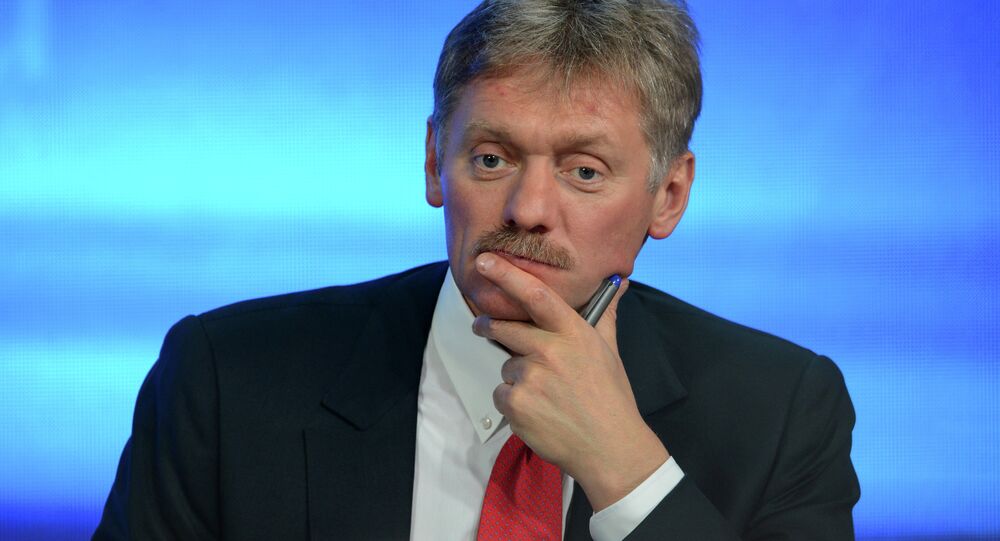 According to the Kremlin spokesman Dmitry Peskov, it is wrong to connect anti-Russian sanctions and the fulfillment of the Minsk agreements on Ukrainian reconciliation.

© Sputnik / Vladimir Sergeev
Continental Divide: Anti-Russian Sanctions Cause Rift Between EU States
SOCHI (Sputnik) – Moscow does not discuss Western sanctions imposed against Russia and the topic is not on the country’s agenda and it is “absurd” to tie the sanctions to the fulfillment of the Minsk agreements on Ukrainian reconciliation, Kremlin spokesman Dmitry Peskov said Thursday.

“The Russian side doesn’t discuss the issue of sanctions. This topic isn’t on our agenda,” Peskov said during a briefing.

He said that no one wins in the unilateral sanctions imposed on Russia.

“We watch with great interest how the topic of sanctions are being discussed by all the countries, which are all taking on serious losses because of these sanctions,” Peskov said.