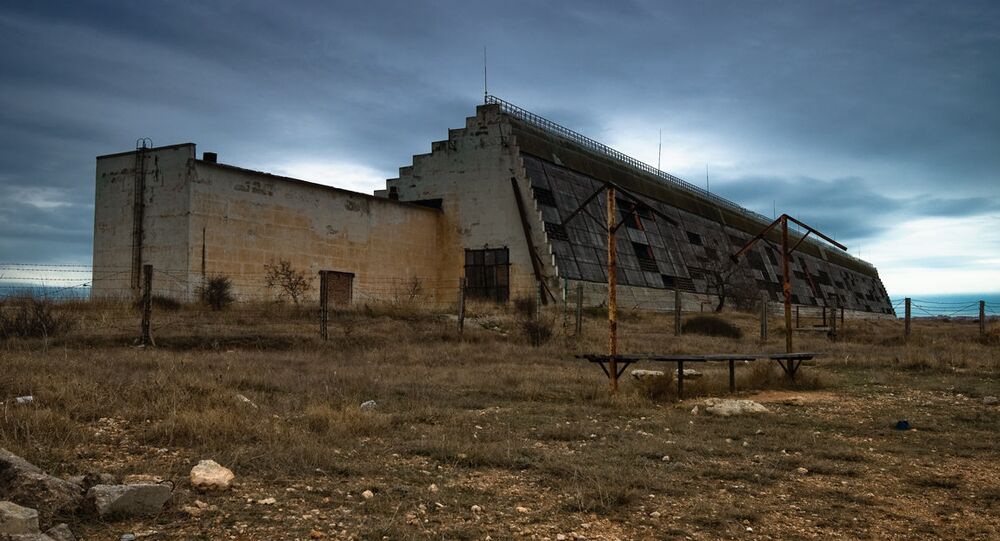 Russia will modernize an early warning radar station located near Sevastopol in Crimea to detect possible missile launches from the Black Sea and the Mediterranean, according to the newspaper Izvestia.

© Sputnik / Alexander Vilf
US Missile Defense in Eastern Europe: How Russia Will Respond
The Russian Defense Ministry plans to restore and modernize the Dnepr early warning radar station near Sevastopol, Crimea, the newspaper Izvestia quoted a source in the military-industrial complex as saying on Tuesday.

When restored, the station will be capable of tracking down hypersonic, cruise and ballistic missiles launched from ships in the Mediterranean Sea and the Black Sea at ranges of up to 3,000 kilometers.

The source said that the Dnepr station's equipment will operate in the super-high frequency band, which is expected to increase the effectiveness of the Russian radar station in the city of Armavir, which operates in the ultra-high frequency band.

" For example, it takes a US Tomahawk cruise missile about two hours to reach Moscow, and duly detecting such a missile will be precisely the task of the new Russian radar station near Sevastopol," Kozyulin said.

© Photo : Rostec
Rostec Develops Radar Optical Vehicle for Russian State Borders Protection
The Dnepr early warning radar was built in 1968 and was used to monitor the Black Sea, Southern and Central Europe, as well as parts of the Middle East.

After the collapse of the Soviet Union in 1991 it was transferred to Ukrainian sovereignty, but continued to provide data for the Russian military under lease.