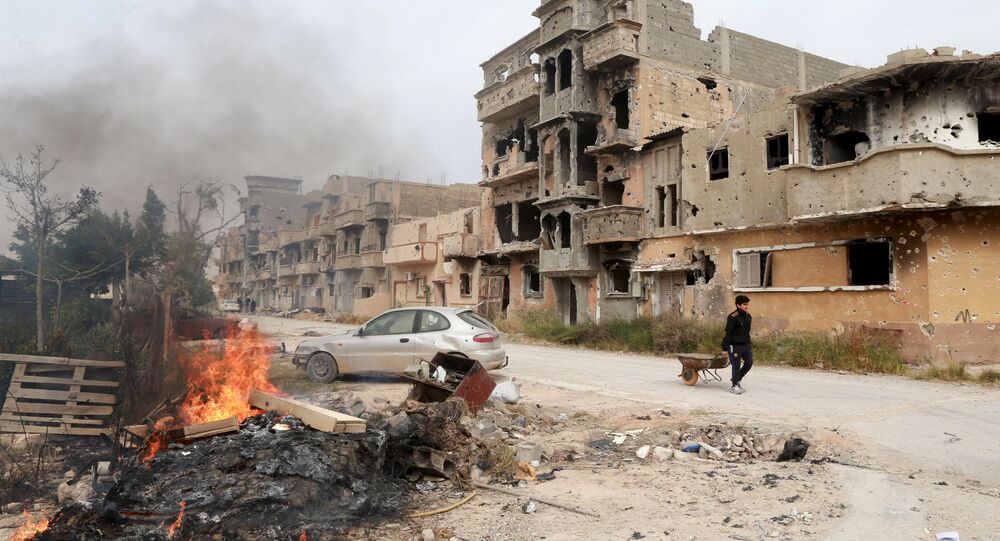 Stung by its failure to oust Bashar Assad, the West is using the fight against Daesh as a means of getting rid of the Syrian president, political scientist Alexander Kamkin said in an interview with Radio Sputnik.

“Suffice it to compare the effects of the Russian and US aerial campaigns in Syria to see who is fighting for real and who is imitating such a fight,” Alexander Kamkin, a senior German affairs expert in Moscow, told Radio Sputnik.

He also said that that it didn’t look like the Germans were too eager to join in the fight against jihadi terrorists.

“Germany is fighting Daesh in all but name only. Sending out a couple of Tornados is even less than what the British and French are doing. The Germans are still ready to stick to their commitments to NATO, just like they did in Kosovo and Afghanistan,” Kamkin noted.

But overall, the West has stuck firmly to its original goals in Syria.

“They may also be planning a ground invasion from Turkey, that’s why our American 'partners' keep saying that the truce is not happening, that it is constantly being violated by Assad’s forces, while radical Islamists have no intention to hold their fire.

“Genuine peace still looks a way off and it looks like the Western nations still hope to implement the Libyan scenario in Syria,” Kamkin said.

“They use the war with Daesh as just a means of building large coalitions, but if you look at the previous such campaigns you will see that our American 'partners' rarely practice what they preach,” Alexander Kamkin said in conclusion.

Earlier Spiegel Online wrote that the German Bundeswehr was staking on a protracted aerial war against Daesh in Syria from Turkish territory and was mulling the construction of a base of its own at Turkey’s Incirlik airbase for its Tornado jets.