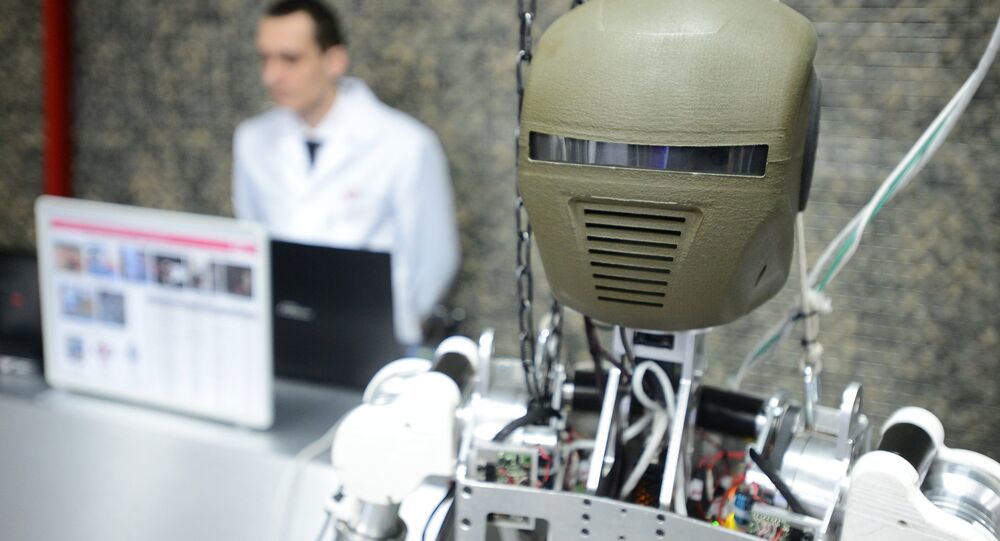 The alleged first-ever photos of Russia's advanced biomorphic combat robot, which will move like a four-legged animal and be equipped with a machine gun and guided antitank missiles, have emerged on Twitter.

Igor Korotchenko, editor-in-chief of the Russian magazine Natsionalnaya Oborona (National Defense) has published the first-ever photos of Russia's advanced biomorphic combat robot on his Twitter page; it looks something like a mule.

"A mule-like robot equipped with machine guns and grenade launchers", according to this tweet.

The publication came after a few weeks after media reports said that work is in full swing in Russia to create a state-of-the-art biomorphic combat robot which will walk on four "legs" and will be armed with a machine gun and guided antitank missiles.

The reports said at the time that such a robotic system is designed to be used as a reconnaissance device, a platform for the transportation of armaments and ammunition, as well as for the detection of minefields and even weapons. Additionally, this robot, which the initial reports said resembled a lynx, will be capable of evacuating the dead and wounded from battlefields.

© Sputnik / Alexei Danichev
Army of the Future: Russia’s Next Gen Robots to Work in Space and on Battlefield
The robot will also be able to move on challenging surfaces, including sand 10 centimeters deep, grass up to one meter high, snow and puddles 40 centimeters deep as well as on glaciers and mountainous terrain.