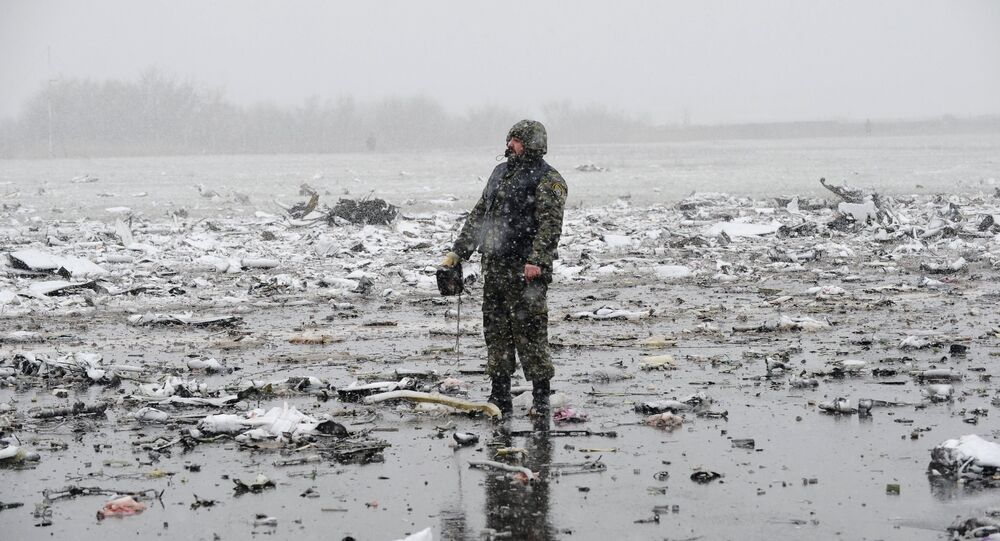 A passenger plane, FlyDubai Boeing 737-800, has crashed in the southern Russian city of Rostov-on-Don, killing all 62 people on board.

#FZ981 was climbing after a go-around when it suddenly started to fall with vertical speed of up to 21000 feet/min pic.twitter.com/Ol6qmxLDZW

​Passengers and the crew

FlyDubai confirmed that 55 passenger, including 33 women, 18 men and 4 children, were on board the Boeing 737-800. "The nationalities of the deceased passengers include 44 Russians, 8 Ukrainians, 2 Indians and 1 Uzbekistani," the company said in a statement.

The plane's crew, according to unconfirmed reports, included a Russian national and six foreigners: two Spaniards, as well as foreign nationals from Greece (or Cyprus), Colombia, Kazakhstan and the Seychelles.

The Russian Emergencies Ministry has made the full list of passengers and crew members public.

The plane missed the runway on its second attempt to land and crashed some 300 meters (nearly 1,000 feet) away from the airstrip. The incident took place at 03:50 local time (00:50 GMT) on Saturday.

#FZ981 performed a missed approach at ~22:43UTC then held for ~2hrs before attempting to land again ~00:41UTC pic.twitter.com/tzDwAfKfNc

Poor visibility caused by heavy rain has been cited as the primary reason for the crash. The wind velocity is reported to have reached 22 meters per second at the time of the crash.

FlyDubai, a low cost Dubai airline company, was founded on March 19, 2008. The crash is the first fatal incident in the company's history.