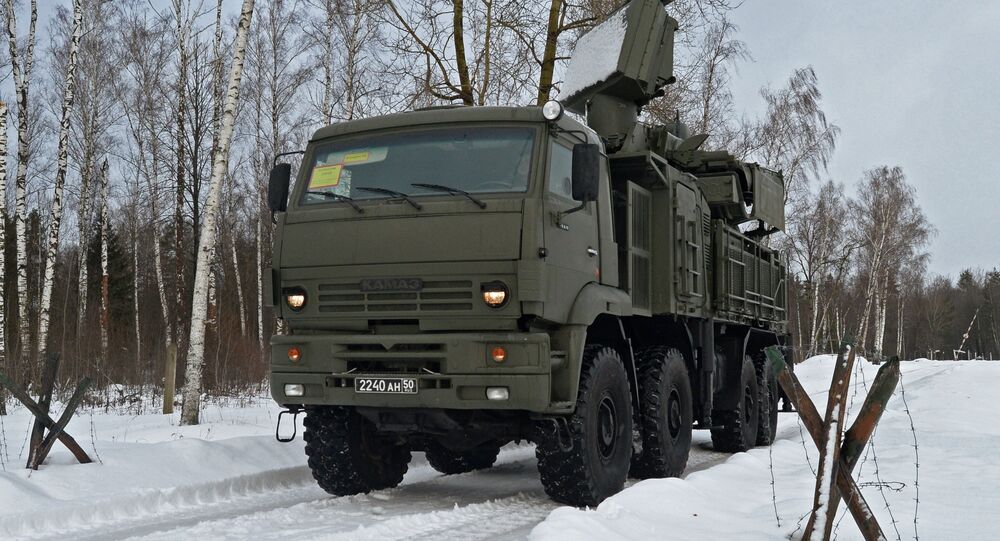 Two more state-of-the-art Pantsir-S air defense systems are now operational outside Moscow; they will defend against missile attacks on the Russian capital, according to the country's Defense Ministry.

In February 2015, the Pantsir-S systems were deployed to a permanent base in the Moscow Region after successful fire drills were conducted at the Ashuluk range in southern Russia's Astrakhan region, the Ministry said.

Right now, there are a total of five flak missile regiments equipped with Pantsir-S systems providing Moscow's air defenses, according to the ministry.

One additional system is expected to be up for combat duty outside Moscow before the end of this year, in a move to modernize the Russian Aerospace Forces, the ministry added.

© Sputnik / Valeriy Melnikov
Evading Enemies: Russia's S-400 to Be Equipped With High-Tech Communication System
The Pantsir-S is primarily designed to defend higher ranking air defense systems, such as the S-300 and S-400 regiments.

Two S-400 regiments currently deployed around Moscow include a Pantsir-S battalion each, according to the Russian Defense Ministry.

The Pantsir-S is a gun-missile system which combines a wheeled vehicle mounting a fire-control radar and electro-optical sensor, two 30-mm cannon and up to 12 57E6 radio-command guided short-range missiles, designed to engage a variety of low altitude targets.