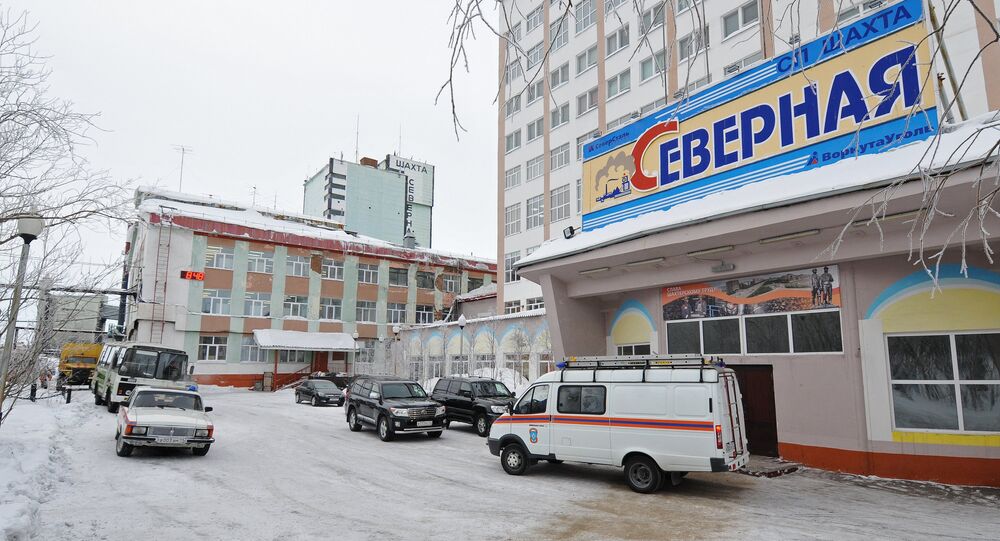 Due to technical reasons, any rescue efforts at the Severnaya coal mine (Komi Republic, North Russia) are impossible, according to the mine’s technical director Vladimir Puchkov on Sunday.

MOSCOW (Sputnik) – Rescue efforts and other works at the Severnaya coal mine in the northern Russian Komi Republic are impossible, the mine’s technical director said at a response center session headed by Emergencies Minister Vladimir Puchkov on Sunday.

"The danger zone of the work site has been recalculated and expanded. Carrying out any work is impossible," Vorkutaugol’s Denis Paikin said.

© AFP 2021 / ROBERTO SCHMIDT / FILES
Three-Day Mourning Announced for Workers Killed in Komi Due to Mine Blast
Minister Puchkov said the early Sunday explosion that killed five rescue workers and one mine worker was the third since the initial February 25 blast.

Speaking later to reporters on the fate of 26 miners trapped at the depth of 2,500 feet, Puchkov said "all parameters of the state of the mining area do not allow a person to survive."

He said further details would be provided after 07:00 GMT.

The acting head of the Komi Republic announced a three-day mourning period for the victims earlier.

At Least 6 Killed, 5 Wounded as Explosion Occurs at Mine in Northern Russia