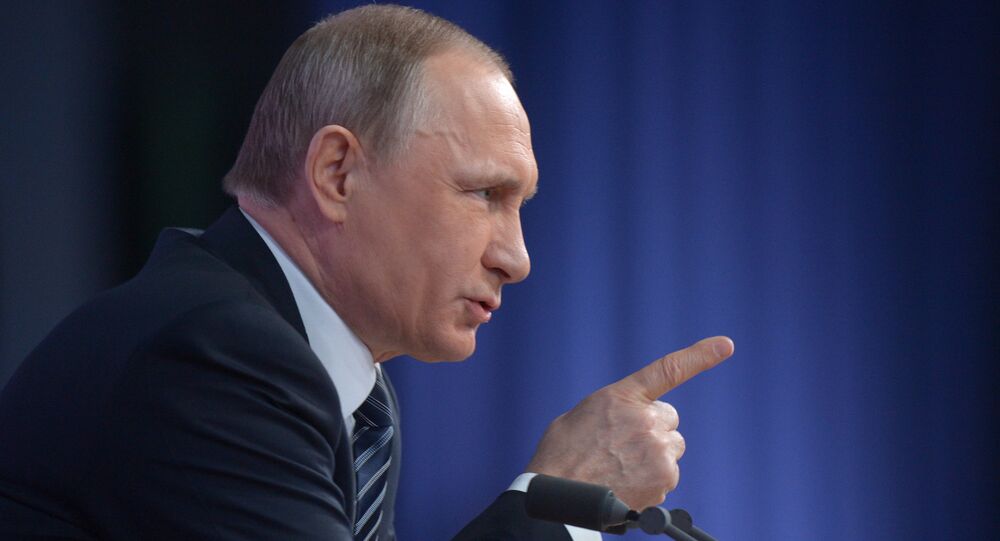 Russian President Vladimir Putin criticized the EU delegation for walking out of Monday’s talks on a free trade zone between Kiev and Brussels.

“They said ‘the game is over,’ got up and left… The following day they published a press release saying it was Russia that had sabotaged the negotiations,” Putin said, adding that “it wasn’t very European, very intolerant.”

He also said he was certain that the negotiations would resume.

“I think that we will come back to discussing these issues many times over. We want to have businesslike relations with our partners also on this particular issue, with Ukraine and the European Union,” Putin added.

The European Commission had earlier accused Russia of “inflexibility” during the talks in Brussels.

© Sputnik / Vladimir Astapkovich
'We Showed Flexibility': Moscow Slams 'Cynical' Allegations of Ditching Free Trade Zone Talks
On Monday, representatives of Russia, Ukraine and the European Union failed to reach an agreement during discussions on the effects of the Association Agreement, which comes into force on January 1, 2016.

Moscow has repeatedly said that if Ukraine retained preferential trade rights within the Commonwealth of Independent States, a grouping of former USSR countries, while simultaneously opening its market to European goods, Russia’s market could be flooded by an uncontrolled flow of European goods via Ukraine.

As Monday's talks with Brussels and Kiev failed to end in agreement, Russian Prime Minister Dmitry Medvedev signed a directive to impose economic measures against Ukraine, beginning from January 1, 2016.