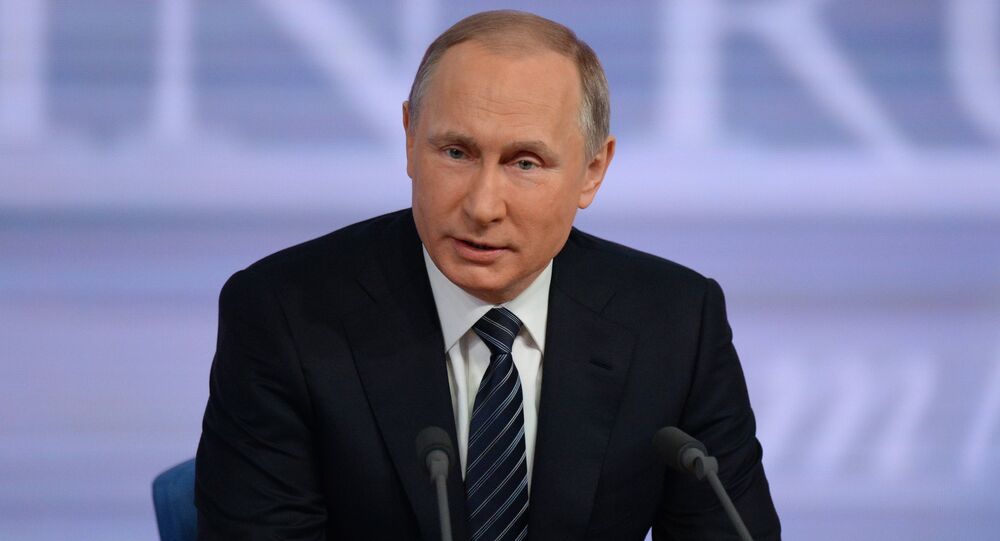 This is the 11th press conference Putin will have with Russian and international journalists during the three terms he has served as head of state. These large press meetings, held once a year, usually last several hours.

Almost 1,400 journalists have received accreditation for this year’s event, according to the Kremlin website.

This year, the questions are expected to center around the Russian economy, heavily reliant on crude, and how it will cope with the continuing slump in global prices, as well as the social rights of citizens and corruption.

Issues such as Russia-West relations, the Ukrainian crisis, the situation in Syria and Russia’s relations with Turkey are also expected to be high on the agenda.

Putin introduced the tradition of holding the annual press conferences in 2011. The longest conference of this kind took place in December 2008, with the president answering 106 questions in four hours and 40 minutes.

Last year, Putin answered 53 questions by 38 journalists from Russia and other countries. Most of the questions were related to the economic issues in the country. Some revolved around the Ukrainian crisis and the president’s personal life.

Is Putin Immortal? The Internet Loses Its Mind Over the Question