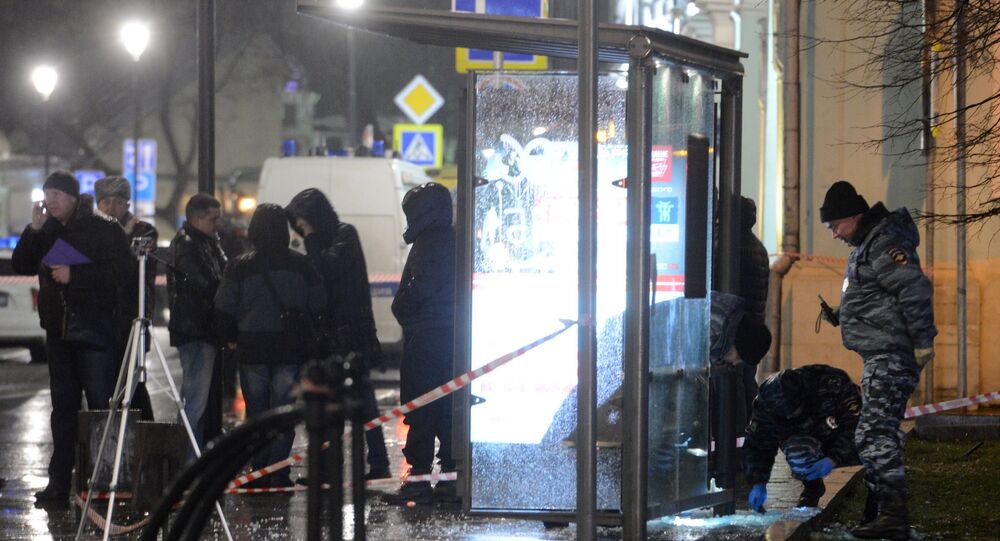 An explosion at a bus stop in central Moscow has left at least four people injured.

According to law enforcement forces speaking to RIA Novosti, the blast was caused by an unidentified explosive device, though sources have also indicated that the bomb was homemade.

Moscow police are investigating the incident as an act of hooliganism.

"An unknown explosive device was thrown into a group of people standing at a bus stop," a Moscow police spokesman said, adding that the incident took place at near 19 Pokrovka Street.

"Moscow police are working to establish the circumstances and causes of the explosion. An investigative team is on the scene," Moscow Internal Affairs Ministry representative Andrey Galiakberov said, according to RIA Novosti.

"According to preliminary data, the cause of the explosion at the bus stop loacted on Pokrovka street, could be a homemade firecracker, thrown from a passing car window or an apartment building."

The victims were reportedly injured by broken glass. Two women and one man were taken to a nearby hospital, though their injuries do not appear to be life-threatening.

"In total, four people were injured, three of whom are hospitalized. The fourth victim refused hospitalization. The injuries are minor," the Department of Health said in a statement.

​​A number of ambulance brigades and rescue workers from Moscow's Emergencies Ministry are on the scene.

The bus stop is located in a popular area of the Russian capital, full of bars and cafes.